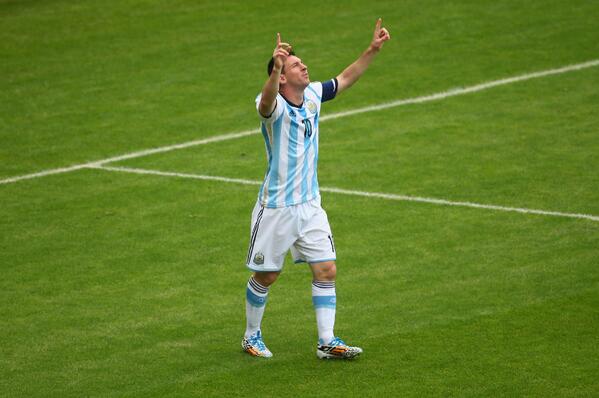 Lionel Messi scored a sumptuous brace as Argentina edged past Nigeria by 3-2 in a thrilling encounter at the Estadio Beira Rio in Port Alegre. The Barcelona star opened the scoring in the third minute with a great strike from inside the box after Angel Di Maria’s fantastic effort came off the post.

It was Messi’s third goal from outside the box in the World Cup. The Argentine number ten has now scored four goals in the showpiece event.

Alejandro Sabella’s side continued their perfect record by topping the group and now await either of Ecuador or Switzerland in the round of sixteen.