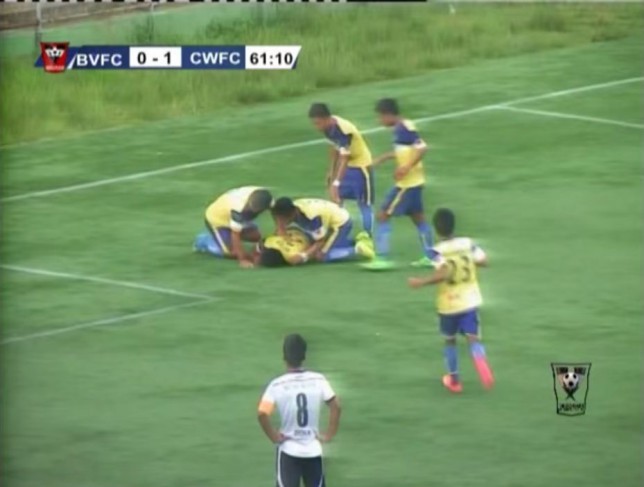 A tragic death has occurred to an Indian footballer after his somersault goal celebration went horribly wrong during a football match.

Peter Biaksangzuala wanted to perform the acrobatic celebration, similar to the celebrations of Miroslav Klose, after scoring a goal for Bethlehem Vengthlang FC against Chanmari West FC in the 62nd minute.

The 23-year-old hit his head hard on the ground following the somersault, and failed to get up the pitch. He was immediately taken to a local hospital where he tragically lost his life on Sunday morning after having damaged his spinal cord.

Check the video below from 2:22 minutes onward to see footage of Biaksangzuala’s goal celebration that took his life.