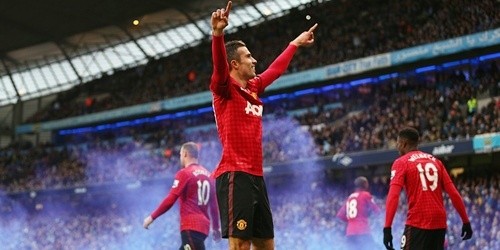 This Sunday Manchester United will travel to Etihad Stadium to face derby rivals and potential title challengers Manchester City in the first Manchester Derby of the season.

Stepped in long and illustrious history, this derby fixture has come back to life following the rise of Manchester City, after decades of remaining in the shadows of United.

Already in the last few years, we have seen some classic encounters between both the sides. City were left heartbroken at Old Trafford when Michael Owen scored a “Fergie-Time” winner, leaving the Stretford End faithful in uproarious jollity.

City took the revenge beating United 6-1 at Old Trafford and eventually went on to win the title that season under Roberto Mancini, though in quite a dramatic fashion. The battle of supremacy lasted till the final whistle and Sergio Aguero’s injury time winner made City the monarch of England.

Last season, United fought back and won the league at a canter. The fixture at the Etihad was nothing but a classic thriller, and Dutchman Robin van Persie scored a late goal to seal the tie in the Red Devil’s favour. Check the new derby video below.