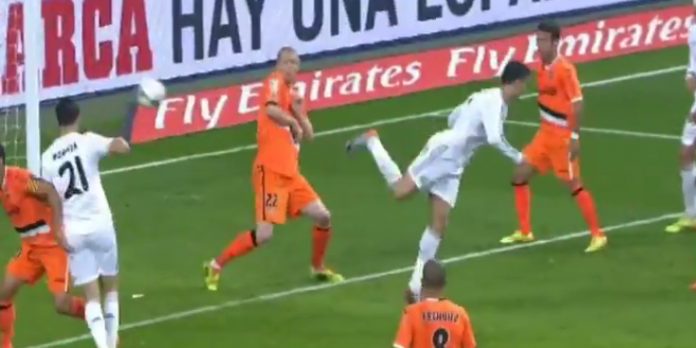 Portugal superstar Cristiano Ronaldo scored a sensational volley last night to snatch a 2-2 draw for Real Madrid against Valencia at the Bernabeu, with the crazy strike his 50th of the season so far. 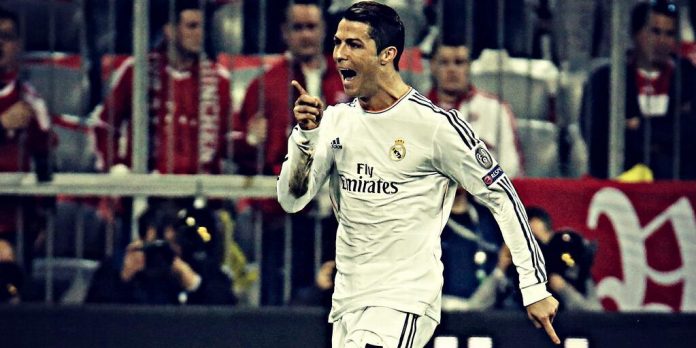 An extraordinary goal of pure instinct, the goal is up there with the very best finishes of the season, with Ronaldo smashing the ball past the helpless Valencia keeper with the bottom of his boot, having expertly adjusted to connect with the ball.

The 29-year-old is Europe’s top scorer this season, with a stunning 50 goals now to his name. A goal of this quality is something we have now come to expect from the Ballon d’Or holder.

Ronaldo’s timely intervention, deep into injury time at the end of the match, keeps Real in the title race, but is not enough to keep their destiny in their own hands, with La Liga leaders Atletico Madrid able to win the title if they win their remaining two games.

Carlo Ancelotti’s team are still technically in with a shout for the treble, with Gareth Bale’s own wonder goal against Barcelona last month winning them the Copa del Rey, while Atletico Madrid await Ronaldo and his side in the Champions League final.

What do you think? One of Ronaldo’s best ever goals? Get involved in the comments below…