It is a desperate, desperate time at Valencia CF. So desperate that the president doesn’t come to matches, that the fans do not remain in their seats till the final whistle, that the manager cannot hide the grayness seeping into his head even if his hair try its best to eclipse the fact. Quique Sanchez Flores might have been long gone from the Mestalla but the laments and wailings of the flamenco linger on like a rueful melody of love lost for good. 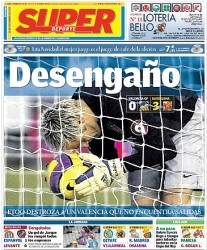 Valencia’s condition these days is the stuff that is at the heart of flamenco —utter loss, dismal circumstances, regret of a story gone all horribly, horribly wrong, bitter disappointment shredding the soul to shards. Nephew of the legendary flamenco singer Lola, Quique Sanchez Flores might have been sacked and packed off to nobody knows where but no one doubts that the flamenco is all out scripting laments about the club. 3 defeats in their last 5 league matches are no Mozart symphony but materials that inspire a flamenco singer anytime, anywhere.

Valencia’s loss to FC Barcelona at the Mestalla on Saturday night was their 7th loss in the Spanish first division this season and underlines Los Che’s painfully familiar story. Los Che were utter trash in the match and could hardly even threaten Barca’s citadel. True, star striker David Villa was missing but with the likes of David Albelda, David Silva and JoaquÃ­n, you would have expected Valencia to stage a stiff resistance and a rhythmic attack of their own but Valencia’s collapse and the collapse was as much painful as comic. To goals in the first half by Samuel Eto’o wrapped up the match so much so that when Eidur Gudjohnsen tapped in the third for Barca 15 minutes into the second half, a healthy number of home supporters didn’t even care to watch the remaining minutes of the riot and departed with emotions nestling in frustration, pain and anger. And of course they had the middle finger extended out like a teenager waving goodbye to his cheating girlfriend. 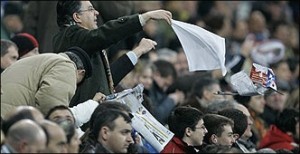 And those bunch of Valencia supporters who were brave enough to sustain the ruthless Barca sorcery till the end of the match did so only to exhibit the pañolada, the mass white hanky wave that, to be frank, is far too common in Spain. This wasn’t certainly the first time that the white flags have been out at the Mestalla to signal the fans’ resentment of the manager and the president —there was a bigger and more aesthetic white wave when Valencia lost to Athletic de Bilbao last month— but Saturday’s demonstration still cuts deep.

Los Che are truly lost at sea. Not only that, but there is no shore in sight and the whirlpool is rapidly sucking the ship into the bottomless abyss. When Quique Sanchez Flores was fired in late late October, Valencia were comfortably stationed in a UEFA Champions League place with La Liga leaders Real Madrid very much within touching distance and were still in with a chance to qualify for the Champions League knockout stages. But after 8 games and one month in charge, new manager Ronald Koeman has dipped the nose of the ship even further into the vortex. Valencia are 7th in the table at the moment, 1 place off a UEFA Cup spot and an almost unassailable 13 points behind leaders Real Madrid; Valencia are not only out of the Champions League but out of European football altogether for the rest of this season. If anything, Koeman’s era instead of taking off at full throttle has pulled Valencia backward in a classic example of retrogressive progression. 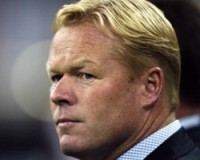 The Mestalla has always been considered a fortress for Valencia but since last season, that aura of invincibility has cruelly disintegrated: Los Che have already lost 5 times at home so far this season. Valencia’s defense has been woeful and bee leaking in goals like a permeable membrane of a defective cell. In the absence of the veteran defender Roberto Ayala, who it must be acknowledged headed for the exit door but for the sake of finding another club but for wriggling himself out of a nasty looking contract tiff with the club, the young and talented Raul Albiol has appeared lost.

Valencia’s midfield too has been frequently caught offguard. Defensive medio David Albelda hasn’t quite been able to take the games by the scruff of the neck, JoaquÃ­n has struggled for form yet again, Vicente has been making runs along the wings like a chicken without a head and David Silva has lacked the sharpened edge. Striker Fernando Morientes has been has been anonymous so far this season and a string of niggling injuries and mounting transfer speculation haven’t augmented David Villa‘s performance. Injuries to Alexis, Miguel Ãngel Angulo and Rubén Baraja haven’t helped either and the entire squad has lacked confidence, a strong mentality and motivation to dig the club out of the table.

Yet this is not the maiden time that Valencia are entangled in the crisis loop. Last season Valencia were running through a blue patch pretty much around the same time but bounced back in style with the return of several key players from injury and were in contention for the Spanish championship until the final weekends of the season. Bit by bit, piece by piece, card by card, Sanchez Flores reconstructed this exceptional Valencia team whose bulk has tasted two Spanish league titles and a UEFA Cup triumph in the space of 3 years at the start of the century. 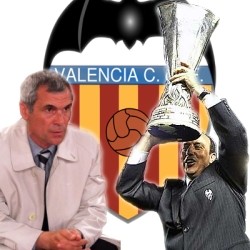 The cycle of destruction and reconstruction has long been an elementary characteristic of Valencia CF as has been the panolada. The Valencia supporters are a perpetually insatiable lot who were complaining when Héctor Cúper was guiding the club to two successive Champions League finals; they were also whistling when Rafael Benitez was busy collecting silverware for them. They moaned, and to a greater degree rightly, about the lack of fluidity and entertainment in Sanchez Flores’ gameplan and are now groaning at the abject hopelessness of Ronald Koeman’s situation.

Spanish football has eternally rotated on two axes —Real Madrid and Barcelona. Valencia have long been touted as the best bet to break the duopoly. But try selling that to club president Juan Soler, whose ambitions are as much lofty as defective. Soler didn’t make much noise in waving farewell to Pablo Aimar in the summer of 2006 to Real Zaragoza and didn’t even bother to replace the Argentine playmaker. Soler has also somehow often ignored the need to strengthen the squad at certain key departments and when he has done so, unfortunately the ferocious “Injury God” hasn’t aided him. And then there was this ridiculous act of announcing the sacking of Quique Sanchez Floes at 4.23 am, as if Soler were the executioner and Sanchez Flores’ head were on the guillotine.

And he might have well beheaded not Sanchez Flores but the club itself. Last season Soler was quite incapable of allaying the increasing power struggle between the manager Flores and the then sports director Amedeo Carboni until the players sided with their coach and virtually forced Carboni out in the summer. This season Soler meted out the sack to Flores in a desperate attempt that was neither calculated nor measures but one that was enforced by the fans’ disgruntlement. In fact, since October 2004 when Juan Soler took office, he has employed 5 coaches. And now that Soler is caught again in the trap once more, don’t be taken by surprise should he draw out his guillotine once more and chop off Koeman’s head.

Valencia’s crisis is over. It’s now a disaster.