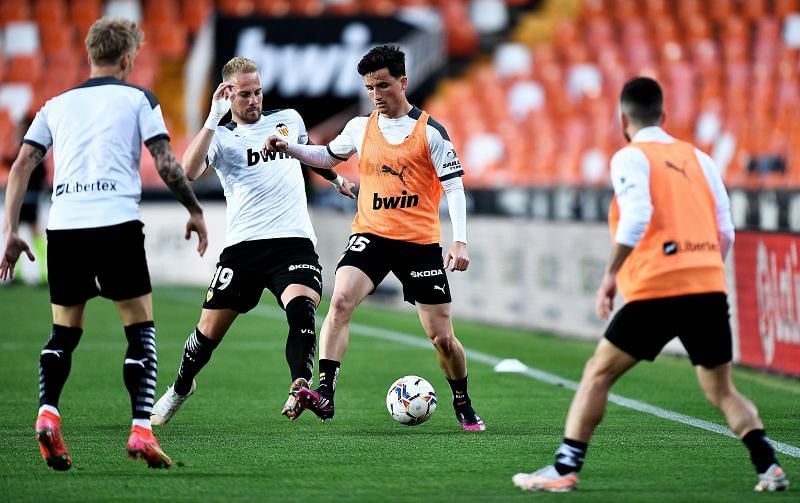 Valencia will be hoping to get back to winning ways when they take on Rayo Vallecano in La Liga at the Mestalla on Saturday.

Watch and bet on Valencia vs Rayo Vallecano live stream at bet365>livestreaming>football from 15:15 GMT on Saturday, November 27. To watch you must register an account and have a balance of £1 or more.

Valencia have picked up just one win in their last six league matches and they will be desperate to get their season back on track with a win here. The Spanish outfit are currently 10th in the league table and a club of their stature should be fighting for European qualification at the very least.

Valencia have an impressive record at home against Saturday’s opposition and they are undefeated in ten of their last eleven meetings between the two sides in all competitions.

Gabriel Paulista is a doubt for the home side with an injury and Martin Marquelanz misses out for Rayo Vallecano.

Here are the latest betting odds for Valencia vs Rayo Vallecano from bet365:

Valencia have an excellent head to head record against Rayo Vallecano at home but they have not been at their best for a while now. The visitors will certainly fancy their chances here and there should be a close contest.

Four of the last six matches between these sites have ended in a draw and the two teams are likely to share the spoils here as well.

How to watch Valencia vs Rayo Vallecano Live Stream

Valencia vs Rayo Vallecano Free Bet: Get £100 in Bet Credits at bet365