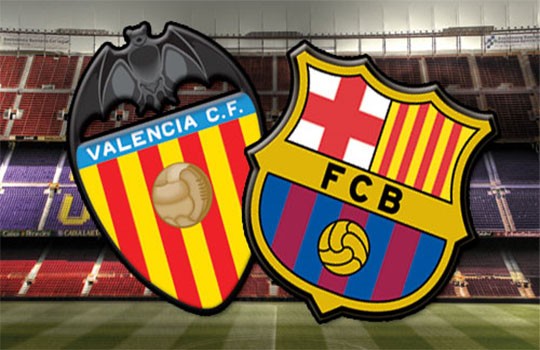 It’s a new beginning at Valencia. Nuno Espirito Santo left the coaching job following a string of poor results, and in his place, former Manchester United and England defender Gary Neville has been appointed as the head coach at Mestalla.

Nuno has left his successor a good squad to operate with but what Valencia are badly lacking at the moment is confidence and consistency.

Valencia are currently ninth in the La Liga table, five points off the top four. The gap is fairly manageable. Plus, they have an outside chance of qualifying to the knock-out rounds in the Champions League. So, all is not lost, rather they have everything to play for.

Neville’s first game in charge will be against the reigning European Champions Barcelona – the job doesn’t get any easier.

Barcelona are unbeaten in their last 10 games, winning nine of them. With Lionel Messi now back from injury, the MSN trio has been forged again, which can only bring sleepless nights to the opposition managers.

Joao Cancelo and Javi Fuego both miss out through suspensions. Valencia have a long list of players missing out through injuries with the likes of Diego Alves, Rodrigo, Alvaro Negredo, Shkodran Mustafi, Antonio Barragan all absent for this tie.

Ruben Vezo could plat at right-back while Adeline Santos could partner Aymen Abdennour at centre-back.

Luis Enrique will make a wholesale change from the side that won against Villanovense in the Copa del rey. The MSN trio is back, with Messi expected to start on the right hand side. Javier Mascherano should return at centre-back, while Sergio Busquets will take up the midfield anchoring role, with Sergi Roberto doubtful for the visitors.

11 – Barcelona are undefeated in their last 11 matches

18 – Valencia are undefeated in 18 home matches in La Liga