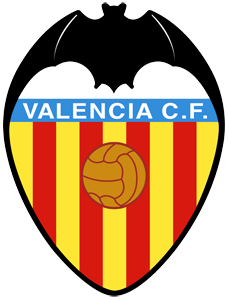 Valencia CF are one of the premier clubs in Spanish football. Only Barcelona, Real Madrid and Atlético Madrid have amassed more points in the history of La Liga. However, Los Che have spent much of the past two years in turmoil, and face the very real prospect of relegation this season.

The Spanish giants sit 17th in La Liga, outside the relegation zone only thanks to goal difference. They have suffered nine defeats in 15 matches, winning just three times. Across all competitions, Valencia have played 18 games without keeping a single clean sheet.

Celta Vigo stick the knife in

Valencia’s disastrous campaign took a turn for the worse on Tuesday night. Los Che were humiliated 4-1 by Celta Vigo in the first leg of their Copa del Rey last 16 tie. The domestic cup had provided Valencia supporters with rare moments of cheer earlier in the season, but their hopes in the competition now appear over.

Celta Vigo, 13th in La Liga, dispatched Valencia with embarrassing ease. They were 3-0 up in 19 minutes at a half-full Mestalla. Once regarded as a fortress, Valencia have won only twice all season at their historic home.

Worryingly for fans of Los Che, Prandelli blamed his departure on a transfer dispute. In an interview with La Gazzetta dello Sport, he painted a bleak picture of the club’s hierarchy.

“They promised me new signings and an investment of €30 million. I went to Singapore to speak to the owner [Peter Lim] and I told him I needed at least a forward, two midfielders and a defender and he said ‘OK.’

“I immediately moved for [Simone] Zaza, who was ideal for my project. We got an agreement with Juventus, I spoke with his father Antonio and asked to be able to negotiate with Simone. He’s got character and personality and he agreed, so I expected him to arrive on the 28th for training — I had no time to waste.

“Instead, the club blocked everything and the vice-president says in a conference call that I have 24 hours to pick one midfielder or one forward. I say: ‘how come? We’ve already got a centre forward!’ There was no reply, so I took 24 hours to think about it and then resigned. We couldn’t even sign a player that we had already agreed on. That was mission over.”

The issues with how the club is being run have not gone unnoticed by supporters. There were protests after Tuesday night’s game against owner Peter Lim.

Following Prandelli’s resignation, Los Che are now searching for their tenth manager since the sacking of Unai Emery in the summer of 2012. One of those short-term appointments was former Manchester United defender Gary Neville.

Neville was a surprise choice last season given his lack of any managerial experience. Despite showing impressive insight as a pundit on Sky Sports, Neville failed to have an immediate impact at the Mestalla. He was dismissed after just four months.

Neville’s quick-fire sacking was not well received by his brother Phil. The younger Neville was an assistant coach at Valencia before, during and after his brother’s brief managerial reign. He took to Twitter on Tuesday night to lament about the club’s woes.

Relegation this season could seriously threaten the future of Valencia.

The club’s most recent financial report suggested that the club is dependent on playing European football consistently over the next ten years. The report cites the importance of TV revenue, ticket sales and commercial opportunities arising from continental qualification.

Given the team’s current plight, that forecast seems misguided. Moreover, the same report highlights the need to sell players for a profit in order to reduce the club’s debt. Any future manager will therefore be under immense pressure to succeed both on the pitch and in the transfer market.

It remains to be seen if anyone is up to the task. The first job will be secure Valencia’s place in La Liga. On the evidence of Tuesday night’s abject defeat, survival would be a worthy achievement this season.