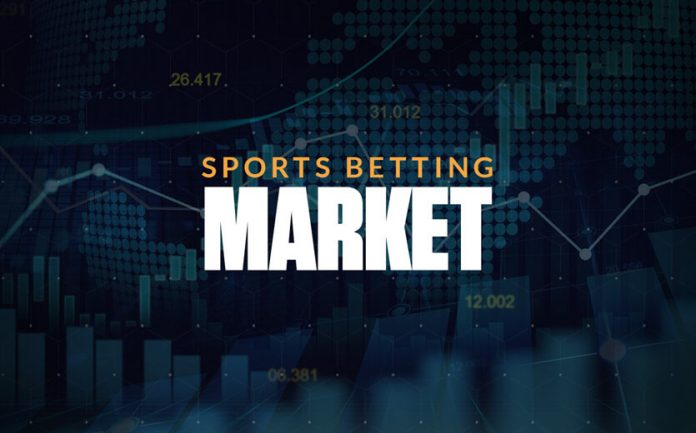 The US sports betting industry continues to grow from strength to strength nearly three years after the Supreme Court overturned the now-infamous PASPA (Professional and Amateur Sports Protection Act). The repeal of this 1992 law paved the way for the unparalleled expansion of this sector. It allowed sports betting to extend far outside the borders of Nevada. The Silver State was previously the only region in the US where wagering on sporting events was legal.

Sports betting is currently operational and legalized in 18 or so states, including New Jersey, New York, Colorado, Oregon, Indiana, Pennsylvania, West Virginia, Illinois, and Rhode Island. Several others would likely follow in their steps, driving further expansion and growth across the sector. Adequate regulations work to the advantage of US punters since it ensures higher levels of protection. Bettors who are unwilling to use the services of offshore bookies can find a list of all legal sites here.

The US Betting Industry Flourished in 2020

To say the US sports betting industry is flourishing would be an understatement. Sportsbooks across the nation enjoyed a 31.5% increase in revenue in August 2020 when their profits collectively exceeded $119 million. The online segment was responsible for over 80% of the revenue and handle of the regulated markets in the US.

The sportsbooks repeated this success in September 2020. Nevada led the industry with $546 million in sports betting handle. Other states that beat their own handle records during this month were Iowa ($72 million) and Indiana ($207 million).

Furthermore, the sector enjoyed a spectacular finish of 2020. Twelve of the states with regulated sports wagering reported impressive handle for the month of December. New Jersey was close to hitting the one-billion mark with a handle of $996 million and $66 million in gross gaming revenue.

December was a record-breaking month for the Garden State, marking its ninth consecutive month of handle growth. Other top performers in December 2020 included Pennsylvania ($45.3 million), Indiana ($23.3 million), Arkansas ($17.2 million), Iowa ($7.5 million), and West Virginia ($6.4 million). More importantly, these positive-growth trends are likely to continue in the future. The growth forecast according to this report shows this very clearly.

Projections for the Future

Projections by industry insiders and statisticians suggest the US is on its way to become the biggest regulated sports wagering market in the world. The country may outperform even huge market players like the UK by 2023. Industry experts believe the US market for legal sports betting will grow to an impressive $5.7 billion in annual revenue, spreading to over thirty states by the year 2024.

According to the forecasts, mobile and online sports wagering apps will be the biggest driver behind the industry’s growth in the future. The estimates suggest that nearly $4 billion of the overall annual revenue expected for 2024 will come from the virtual segment. According to bolder forecasts, the yearly revenue of a mature US market with legal wagering across all fifty states would be worth more than $10 billion by 2024.

Forecast Comparison with Other Major Markets

Let’s see how these projected figures compare to the revenue mature markets generated in 2018. One of the prime examples is the UK, a country with a regulated and well-developed sports wagering industry. Keep in mind the revenue from wagering on horse races is excluded from the figures to follow. Figures indicate UK sportsbooks collected around $2.4 billion from British punters for the fiscal year of 2018.

French and Italian sports betting operators registered revenue of $1.4 billion and $1.7 billion, respectively. Their colleagues from Hong Kong boasted profits of $1.8 billion in 2018. Australia lagged behind with an estimated revenue of $1 billion for the same year. This only goes to show the US is set to become a force to be reckoned with where sports betting is concerned.

Marketing partnerships are among the biggest drivers behind the growth of the US sports betting industry. A betting operator joining forces with a major media partner is a win-win situation for both parties involved in the deal. One good example is the sports broadcast company Turner Sports. It reported increased viewership after striking partnership deals with DraftKings and FanDuel.

Teaming up with professional sports teams and major leagues is equally advantageous to US sports betting operators. Such is the case with the Rush Street Interactive brand BetRivers, which cemented a lucrative deal with NBA’s Detroit Pistons.

This enabled the company to promote its sportsbook in association with the popular basketball team across different media channels. In turn, this translates into a higher handle and more potential profits for BetRivers. But the best is yet to come. With more states having the legalization of sports betting on their agenda, the future of the US industry is looking more than bright.