The European domestic leagues are coming to a close, but the US Men’s National Team players based on the continent are just getting warmed up. This summer will be an important one for the USMNT in their run-up to qualifying for the 2010 World Cup in South Africa. A series of testing friendlies precedes the kickoff of CONCACAF World Cup Qualifying. 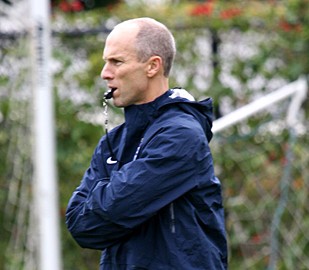 Just yesterday Bob Bradley announced a thirty-three man player pool that the match squads will be chosen from. The squad that will travel to London will include twenty-two players and will be announced early next week.

“With the challenging schedule of friendlies we have organized to prepare for World Cup qualifying, this is an excellent opportunity to continue to evaluate our player pool and at the same time balance the workload,” Bradley said to ussoccer.com.

In order for the US to be successful against such established opposition, Bradley will have to pick a talented squad. That is why some of his selections surprise me. First of all, he has selected two players that are currently out of contract. While that does not necessarily point to a lack of ability, it does point to a lack of recent match and training experience.

The goalkeeping position is relatively weak for having such a great pool to choose from. Tim Howard is the only one of the EPL contingent on the squad. Granted that Brad Friedel has retired from the team, Kasey Keller is getting on in age, but what happened to Marcus Hahnemann? He was in the Poland squad, but is a glaring omission from this pool. 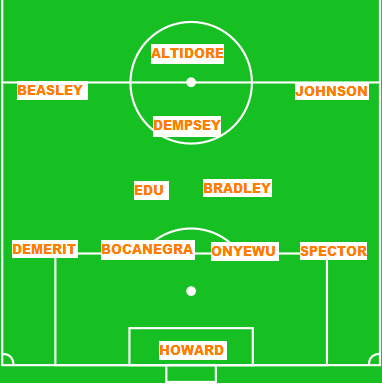 There are five uncapped players in the pool, and many names that I have never heard. Nineteen of the players have less than twenty caps.

Based on the player pool, here is my starting eleven against England. Yes, it is an unusual formation, but I believe this lineup will bring the most success based on the player selections Bradley has made.
GOALKEEPER: Tim Howard.
DEFENDERS (4): Jay DeMerit, Carlos Bocanegra, Oguchi Onyewu, Jonathan Spector.
MIDFIELDERS (3): Maurice Edu, Clint Dempsey, Michael Bradley.
FORWARDS (3): DaMarcus Beasley, Jozy Altidore, Eddie Johnson.

It will be interesting to see what this inexperienced player pool can do to national teams ranked 1st, 4th, and 11th by FIFA (accessed 16 May 2008). Nonetheless, it is shaping up to be another anti-climactic summer for the US National Team.

Their record against Argentina, currently ranked number one in the world by FIFA, is just as poor as their record against England. The latest disappointment came in Copa America, when a watered down US squad lost 4-1 in one of Bob Bradley’s first matches. In non-friendly international competitions, Argentina has won matches by the score of 11-2, 6-1, and the aforementioned 4-1. The US defeated Argentina in the 1995 Copa America by a score of 3-0.

Let’s not forget the reason the US is playing all of these opponents: to prepare for the World Cup, and qualifying for said World Cup, which begins on the 15th of June against Barbados in California. Barbados shrugged off Dominica’s challenge in the first round by a 2-1 aggregate score.

CONCACAF World Cup Qualifying happens in four stages. A preliminary round (for teams ranked 14th through 35th) is played in a home-and-away, two-legged format, followed by a second preliminary round that brings in the rest of the teams (this is where we are now).

After the preliminary rounds, the remaining teams are put into three “semi-final” groups. They play each team in their group home and away. The top two in each group advance to the final stage.

The final stage is a six-team group competition similar to the semi-final stage. The top three teams qualify for the World Cup and the fourth place team will play a two-legged playoff tie against the fifth-placed team from CONMEBOL (South America). 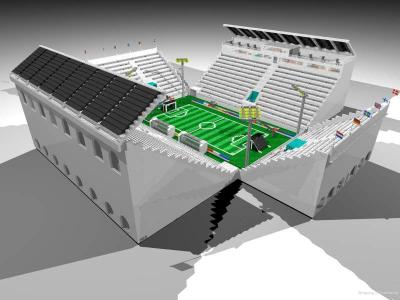 As always, these first two stages have brought some interesting non-playing issues. The smaller nations have the most common problem: a lack of FIFA-approved stadia to host their matches. Because of this, some teams end up with two home legs because their opponent will move their “home” leg to their country instead. Or one leg will be played at a neutral site, such as RFK Stadium in Washington, DC, which played host to El Salvador v Anguilla. When neither team has a suitable stadium, they will usually play a one-off match at a neutral site.

Like many of the stadiums around the confederation, the US National Team is still under redevelopment. The player pool selections point to Bob Bradley playing his favorite card: bringing young players up to develop them for the future. This may not be a bad idea, but it might also bring a couple of heavy losses this summer. Only time will tell, though.