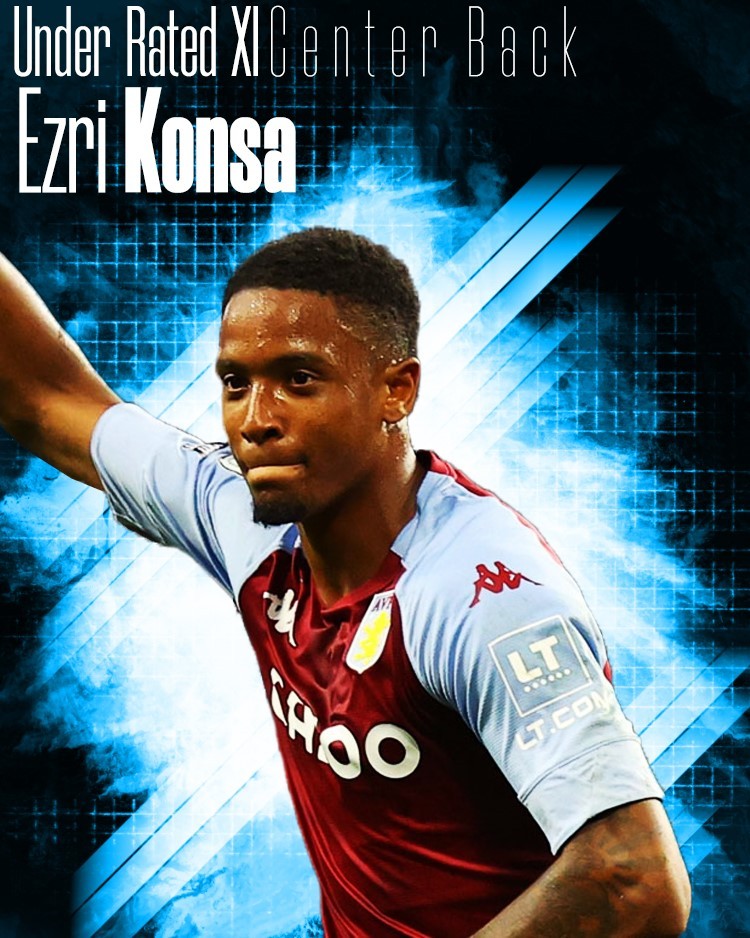 What has proven to be crucial to Villa’s credentials has been the performances and consistency of defensive duo Ezri Konsa and Tyrone Mings, who have been crucial for Dean Smith so far this season.

While Mings is getting the praise he rightfully deserves, I don’t think Konsa is and it’s clear he’s another underrated footballer.

23-year-old Konsa has built a really good understanding with his counterpart Mings, with the two both in with a substantial chance of featuring in the England squad for the Euros.

A fast defender who boasts excellent strength, Konsa has dealt with just about every attacker the Premier League has thrown at him and has been crucial this season for Dean Smith.

If Konsa can keep up his exceptional form a place in the England squad for the Euros surely beckons for the former Brentford defender, with Gareth Southgate sure to be watching the defender closely as he contemplates his defensive options for the upcoming tournament.

With an exciting end to the season on the cards for Konsa it’s crucial he keeps injuries at bay and continues to retain his excellent standard.

With his excellent performances for Villa it won’t be long before the defender surely lands on the radar of some of the giants, as he appears to be going from strength to strength and is in a rich vein of form currently.

Another impressive stat for Konsa is that he’s already amassed over 180 appearances in all competitions with Charlton, Brentford and Villa respectively. Konsa plied his trade in the Championship before making the step up to the Premier League in 2019 with Aston Villa.

So if Konsa can keep up his excellent performances he will surely get the credit he deserves, and may even be rewarded with a spot in the England team for the Euros. But this will prove to be more challenging with the 23-year-old currently underrated by the media, and not receiving the same amount of credit as his defensive partner Tyrone Mings.