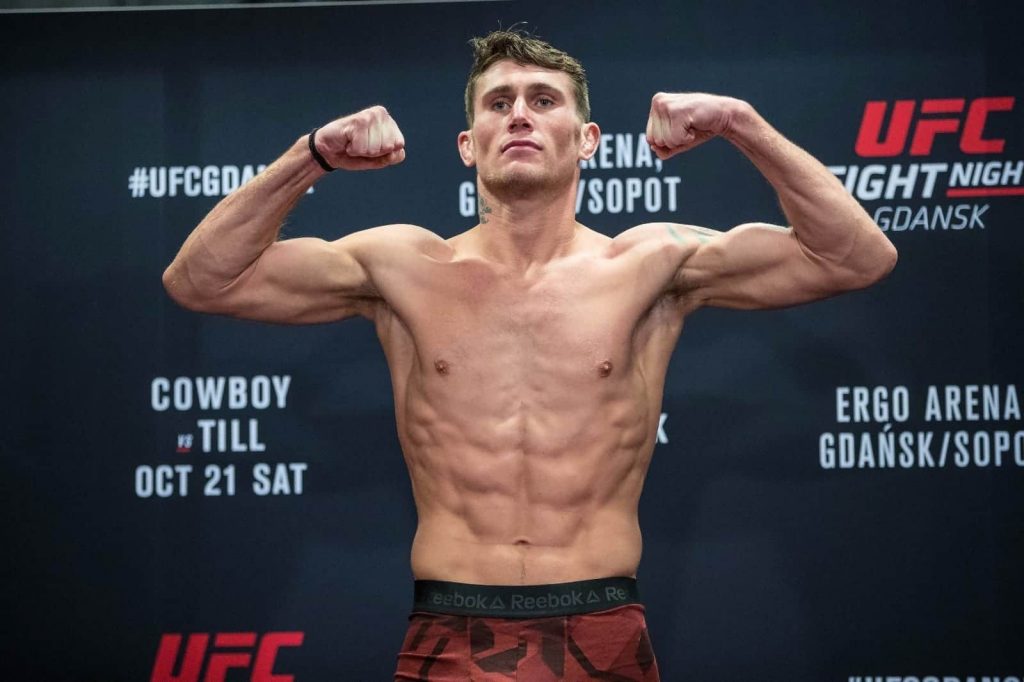 A UFC middleweight title eliminator, Fight Night: Darren Till vs. Derek Brunson is live on Saturday night at 9pm  –  Read on for our MMA expert’s best bet at 5/1 and find out how to get a SportsLens Exclusive £30 Free Bet on the fight.

Join Boylesports on Saturday and place a £10 bet on ANY sport to get £30 Free to bet on Till vs Brunson.

The UK’s biggest hope for a UFC title, The Gorilla Darren Till is back in action tomorrow night against the in-form American Derek Brunson.

Having come up against murderer’s row of elite UFC middleweight talent in recent trips to the Octagon, Till’s form has been inconsistent of late. The Brit will be hoping to rebound from a tough loss to former champion Robert Whitaker last time out.

Brunson (ranked 5th in the UFC), on the other hand, comes into this one on the back of a four-fight win streak and will be hoping a decisive victory vs. Till (ranked 9th) catapults him into title contention towards the back end of this year.

Read on to get a full preview of the fight, as well as the best betting odds available, and our predictions.

Thinking of placing a bet on tomorrow night’s UFC action? Take a look at the best odds available in the table below:

Place a £10 bet on ANY sport on Saturday and get £30 in Free Bets for Till vs Brunson. Click the image to claim

Darren Till vs. Derek Brunson Preview

To begin, let’s take a look at the tale of the tape:

A man not exactly short on confidence, Darren Till is unlikely to be deterred by his recent hit-and-miss in-Octagon performances.

The Liverpudlian star has faced against some of the very best fighters in the UFC: Robert Whitaker (L), Jorge Masvidal (L), Stephen Thompson (W) to name only a few. No UFC star ever wants to lose. But, if you are going to lose, there’s no shame in going 5 rounds with Whitaker first!

Win or lose, in each of his UFC outings the Gorilla has showcased a diverse arsenal of striking techniques. Till Mixes it up well, switching stances regularly; throwing damaging Muay Thai kicks; a dangerous left cross, and, more recently, a punishing oblique kick straight from the Jon Jones handbook.

Till is a dangerous opponent for the slightly higher ranked Brunson. His stock might not have risen of late, but it certainly hasn’t dropped either. Hence, he remains a top 10 middleweight after a tough period.

His opponent, Derek Brunson is sure to be another big test, however:

Brunson is a well-rounded, Octagon-veteran, boasting powerful strikes in both hands and both legs. The American is also the better wrestler of the pair, so don’t be surprised to see this fight dragged to the mat for 5-10 minutes of the 25.

Brunson does have 14 first-round finishes on his C.V., but if Till escapes those early rounds unscathed, there’s no reason why the American shouldn’t want to use his jiu-jitsu and wrestling to ware on the Brit. Especially because Till is almost certainly the more technically sound striker of the two.

Darren Till vs. Derek Brunson Prediction

While the cold truth might be that the Liverpudlian hasn’t won via a decisive KO since he defeated Donald Cerrone four years ago, at 5/1, Till to win by KO is just too tempting a partisan bet to pass up.

BEST BET: Darren Till to win by KO @5/1 with Boylesports

Join Boylesports on Saturday and place a £10 bet on ANY sport to get £30 Free to bet on Till vs Brunson.