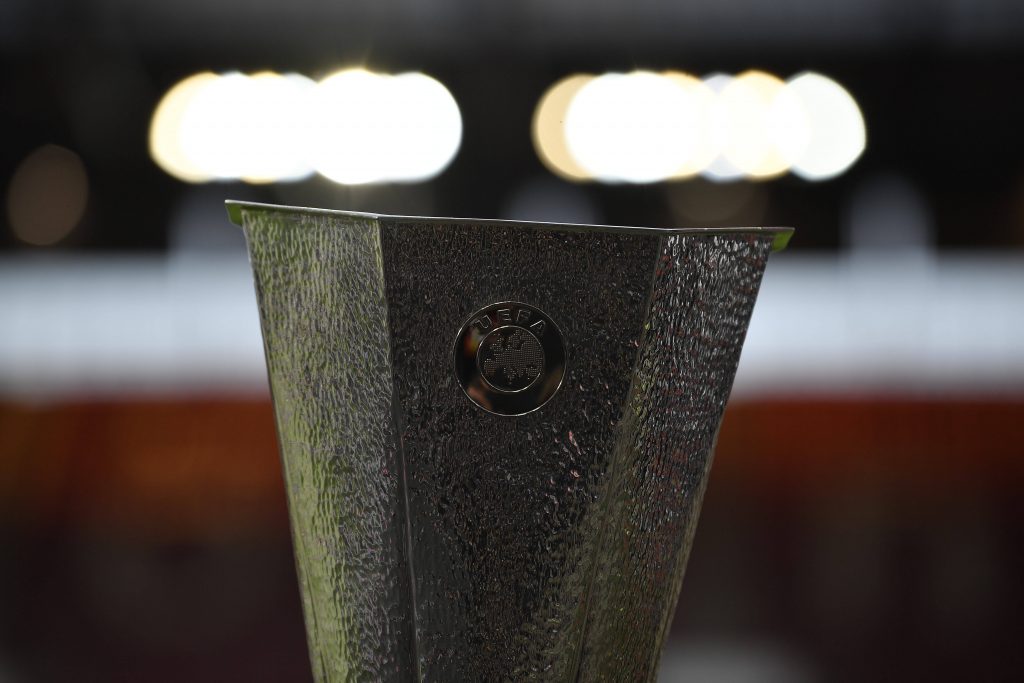 UEFA have announced the ticket allocations for the Europa League final, set to take place on May 26.

The fixture will be held at the Stadion Miejski in Gdansk, Poland. It was originally planned to host the 2019/20 Europa League final, but the game was moved to Cologne. The ground holds over 41,000 spectators.

However, due to the COVID-19 pandemic, the fixture will have to be played in front of a limited capacity to limit travelling and close contact between people.

UEFA have announced that up to 9,500 fans will be allowed to attend the match, with prices ranging from €40 to €130. All applicants will be entered into a ballot and informed via May 14 whether they have received a ticket.

However, the controversy comes with the allocation of the tickets. European football’s governing body have confirmed that each participating club will get 2,000 tickets, and a further 2,000 tickets will go on general sale. This leaves 3,500 tickets, which will go to sponsors.

This is not the first time that UEFA have come under fire for their allocation of tickets for major finals. The 2018/19 final between Arsenal and Chelsea also faced similar criticism.

Hosted in Baku, Azerbaijan, the two sides received just 6,000 tickets each, despite a capacity of 64,000. Just under half of the tickets went to sponsors, with the rest being made available on general sale.

Many have slammed UEFA for their hypocrisy following the European Super League (ESL) drama. The organisation were strongly against the ESL and claimed that it would be a betrayal of the fans.

Meanwhile, their ticket allocation clearly shows that their priority lies with the sponsors over the supporters.

As of now, it is looking highly likely that Manchester United will be one of the sides in the final, having won their first leg against Roma 6-2. Villarreal and Arsenal will compete for the other spot, with the former leading 2-1 on aggregate going into the second leg.

Read also: Can Roma and Villarreal stop Man Utd and Arsenal from playing in the Europa League final?