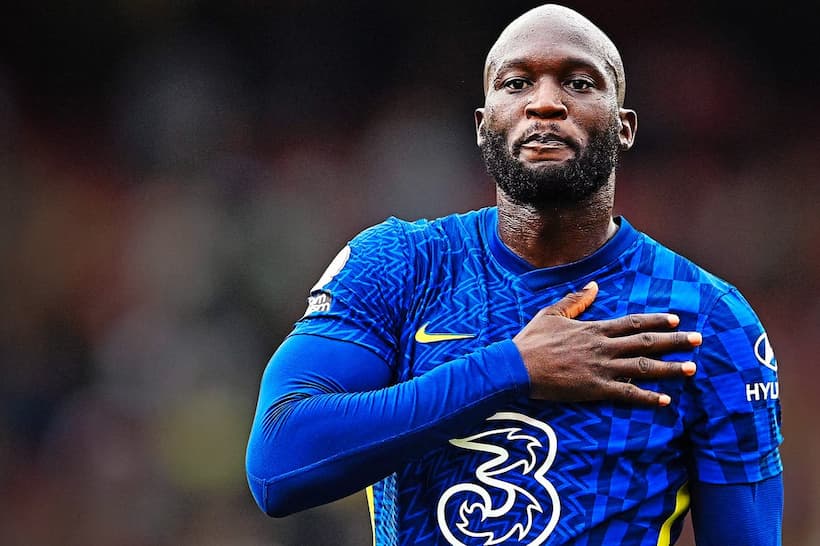 UEFA Champions League Group H is back in action this evening, and we’ve got some Chelsea vs Malmo betting tips to share ahead of the match. Read on to get details on a 7/4 PickYourPunt at Betfred, as well as a Bet £10 Get £30 promotion.

Betfred has an exclusive UCL PickYourPunt offer for Sportslens readers. By clicking any link on this page, you can bet on Chelsea To Win by 3+ Goals, Lukaku To Score, Chelsea 5+ Corners & Chelsea To Win Both Halves at 7/4 odds.

Chelsea vs Malmo: How to get 7/4 enhanced odds at Betfred 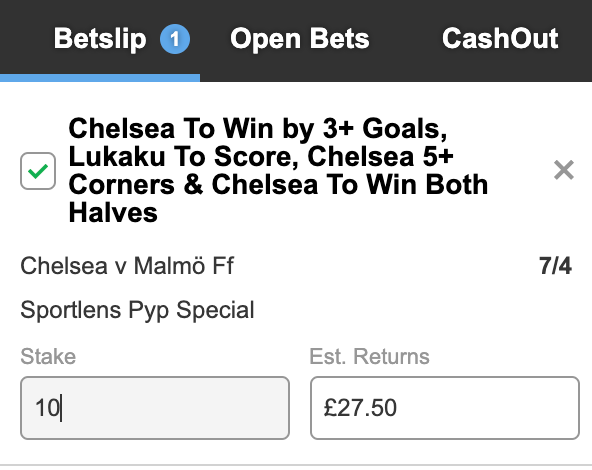 To get 7/4 enhanced odds on the Betfred PickYourPunt: Chelsea To Win by 3+ Goals, Lukaku To Score, Chelsea 5+ Corners & Chelsea To Win Both Halves in the UCL tonight, just follow the simple steps below:

Chelsea vs Malmo betting tips: Why bet on Chelsea to win by 3+ goals?

Without meaning to do Malmo a disservice, Chelsea are the clear favorites for tonight’s Group H clash and should win comfortably at Stamford Bridge.

Chelsea vs Malmo betting tips: Why bet on Romelu Lukaku to score?

The Belgian striker was brandished a ‘flat-track bully’ during his previous stint in the EPL, with Everton and Manchester United (mostly). While we firmly believe this is harsh on Belgium’s all-time record goalscorer (57), it is true that Lukaku regularly scores against lower-ranking opposition.

He might not have found the back of the net in almost five weeks for the Blues, but Lukaku is due a goal; does already have a goal to his name (vs Zenit St Petersburg) in the UCL, and we’re backing him to get back on the scoresheet at Malmo’s expense tonight.

Chelsea vs Malmo betting tips: Why bet on Chelsea to get 5+ corners in the match?

When these sides last met in Europe, Chelsea only accumulated three corners during the 3-0 win. However, 2019 was prior to the arrival of Romelu Lukaku, Saul Niguez, Hakim Ziyech, and a host of other talents. It was also before Thomas Tuchel came to the club and helped Chelsea to become European champions once again.

This is a different Chelsea side that Malmo will face in tonight’s encounter, and we expect the Blues to pile on the pressure, winning a host of corners in the process.

Chelsea vs Malmo betting tips: Why bet on Chelsea to win both halves?

Put simply, Chelsea are light years ahead of their Swedish opponents in every area of the pitch and, after suffering defeat to Juventus in Turin last time out, Thomas Tuchel’s side cannot afford any more slip-ups, meaning we expect them to come out guns blazing and win both halves.

To date, Malmo have failed to win a single half of UCL football. Zenit stuck two goals past Malmo in both halves of their Week-2 encounter to win 4-0. Juventus hit three goals in the first half vs Malmo in Week-1 before clearly taking their foot off the gas in the second half, which ended 0-0 after 45mins.

Expect Chelsea to offer a similar – if not better – level of football than Malmo’s previous opponents and win both halves. 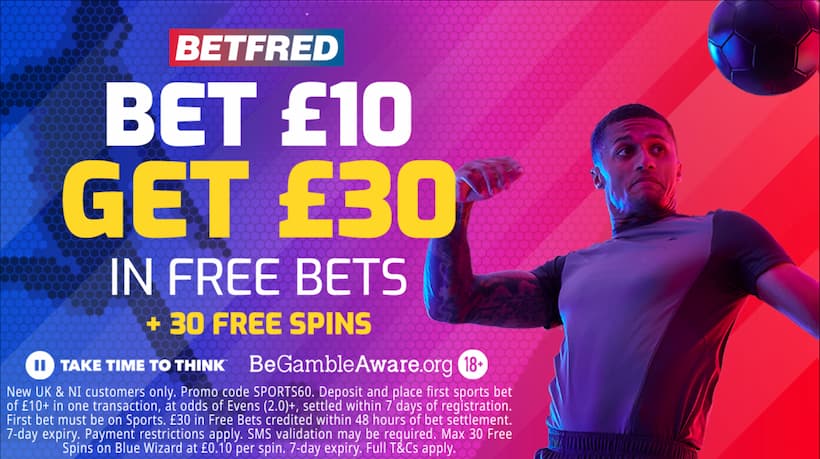