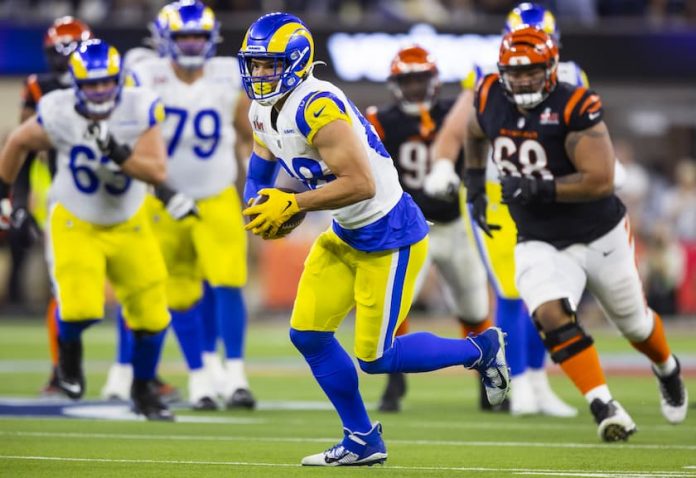 Two NFL players, including a Super Bowl champion, have been handed a three-game suspension for violating the league’s substance abuse policy.

Damontae Kazee, Pittsburgh Steelers safety and Los Angeles Rams tight end Brycen Hopkins each were given a three-game suspension by the league. Therefore, both players will be able to return to the active roster on October 10th, following the completion of all Week 5 games.

Hopkins started in place of Tyler Higbee in the Super Bowl, but he hasn’t seen much playing time this season. The tight end will now miss games against the Cardinals, 49ers and Cowboys.

The Rams will now have to promote someone from the practice squad or search the free agent market as Higbee is now the only tight end in their starting roster until Hopkins returns.

Damontae Kazee is in his first season with the Steelers however he is currently on injured reserve after suffering an arm injury in the Steelers final preseason game.

The safety is still eligible for the suspension on injured reserve meaning when he recovers, he will be eligible to join the active roster.

Kazee has had a solid time in the NFL since he was a fifth-round pick by the Atlanta Falcons in 2017. He played last year with the Cowboys and signed a one-year deal with the Steelers in May.

This isn’t the first time Kazee has been in trouble regarding the misuse of substances after being arrested for a DWI in October 2021.