Trezeguet reacts to Aston Villa defeat vs Liverpool on Twitter 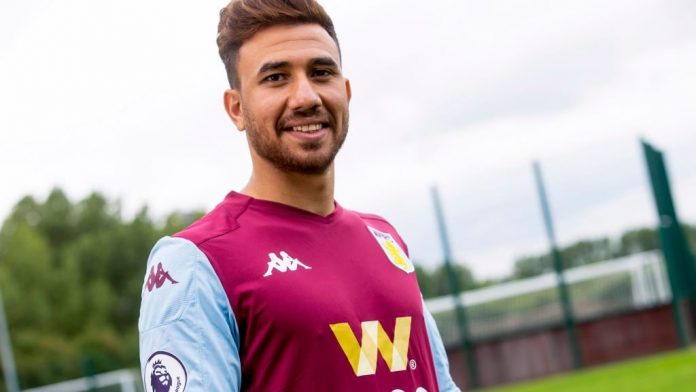 Aston Villa suffered back to back Premier League defeats after they were beaten by Liverpool.

The Villans, who lost 3-0 against Manchester City in their previous Premier League game, suffered a heart-breaking 2-1 defeat against Liverpool on Saturday at Villa Park.

The 25-year-old attacker took to social networking site Twitter after the game to express his reaction. He said that it was not the result they wanted.

Not the result we wanted , keep improving 🦁🙏🏻 pic.twitter.com/zWaEweods0

At one point it looked like Liverpool’s 10-month long unbeaten league record will come to an end, but the Reds dug deep and showed Champions quality to snatch a victory from the jaws of defeat.

The Reds found the equaliser in the 87th minute through Andy Robertson who scored from a delicious cross from Sadio Mane.

The Liverpool winger then scored the winning goal when he glanced a header from Trent Alexander-Arnold’s corner past Tom Heaton in the dying seconds of the match.

Liverpool maintain their six-point gap with Manchester City who also came from behind to win 2-1 against Southampton at the Etihad today.