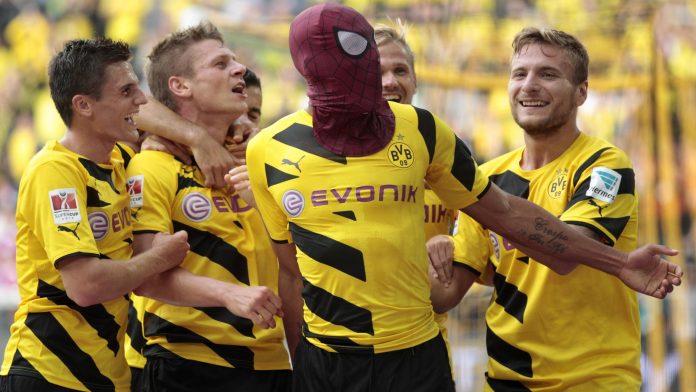 Chelsea are looking to sign a striker during the January transfer window and Basel striker Breel Embolo is thought to be a target.

The 18-year-old is a target for several European heavyweights after his explosive performances in Switzerland.

Arsenal, Liverpool, Juventus and Barcelona are all interested in the young forward and have sent scouts to check on his progress.

According to Metro, Chelsea are leading the race to sign Breel Embolo. The Blues are prepared to replace the likes of Falcao and Remy this month and Embolo has been identified as a prime target.

Loic Remy is wanted by a number of Premier League sides and Falcao could be on his way back to Monaco.

According to reports, Chelsea are willing to pay £20million for Embolo.

Meanwhile, Arsene Wenger is keen on a big money move for Pierre-Emerick Aubameyang.

The Dortmund striker is one of the best strikers in the world right now and according to The Sun, Arsenal are willing to break the bank for him in January.

Wenger believes that Aubameyang can win the title for Arsenal this season and will pay around £42m if both clubs can agree on a deal.

However, Borussia Dortmund are unwilling to let go of their prized asset in the middle of the season.