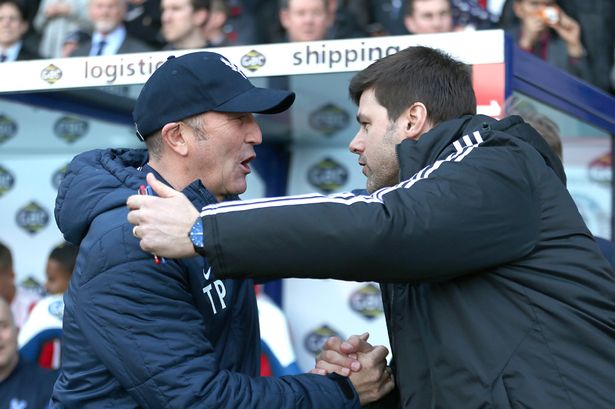 Tottenham host West Brom on Saturday, with the north London club looking to make it six wins in a row in the Premier League.

Spurs are on a great run at the moment, and are firmly into the title race. They are third in the league with 42 points, seven behind Chelsea, and will be looking to reduce the gap between them.

The improvement in results has coincided with the return to form of Dele Alli. The England midfielder has scored six goals in his last three games, including a brace against the leaders Chelsea in Spurs’s last Premier League game.

Mauricio Pochettino is likely to make changes in the side that won 2-0 against Aston Villa in the FA Cup last Sunday, with the likes of Jan Vertonghen, Danny Rose, Kyle Walker and Harry Kane being expected to start.

Erik Lamela is still recovering from a hip problem. He is unlikely to play against the Baggies.

West Brom have recovered well after their back to back defeats against Manchester United and Arsenal with two straight wins in the Premier League.

The Baggies have lost four away games already, and need to improve that record. However, they have a good record against Spurs, having lost just once in their last seven meetings.

Saido Berahino has returned to fitness but it remains to be seen whether he features in the starting XI as he is way short of match fitness. Jonny Evans will miss out on this game for the Baggies. Chris Brunt will be assessed closer to kick off.

Spurs are on a great run at the moment, and they are favourites to win the game. It should be a tight game, but bet on them to win on Saturday.

Alli has scored seven goals in his last four Premier League games. The England midfielder is on 7/2 with Ladbrokes to score the first goal of the match.

West Brom are a well organised side, and they will be looking to frustrate the home side with defensive tactics. Tottenham boast of the second best home record in the division, and a home victory is the most likely outcome.