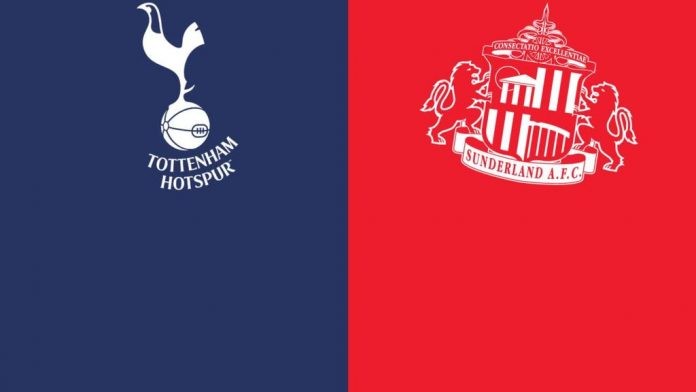 Tottenham vs Sunderland Prediction, Betting Tips and Preview ahead of this weekend’s Premier League fixture.

Tottenham will be looking to bounce back from their disappointing defeat against Monaco in the Champions League during the midweek.

The Londoners host Sunderland in the Premier League this weekend and Mauricio Pochettino will look to extend his side’s unbeaten league run so far this season.

Spurs have won two and drawn two of their first four games and could move into the top four with a win over the Black Cats.

Pochettino could be without his first choice left back Danny Rose. The England international is a doubt for the game and will be assessed prior to kick-off.

Belgian midfielder Mousa Dembele has returned to first team action against Monaco and is in line to make his first league start against Sunderland since the 2-2 draw against Chelsea last season.

Sunderland have had a very poor start to the season so far.

When the Black Cats changed managers, they wouldn’t have expected to be where they are now.

David Moyes has had a rough start so far and his side are currently joint-bottom of the Premier League having taken just one point from a possible 12 this term.

Tottenham have been very difficult to beat since last season. Sunderland’s task will be tougher now, especially with the home side keen to move on from a midweek loss.

New signing Didier Ndong could start for the away side here.

The likes of Sebastian Larsson, Vito Mannone, Fabio Borini and Billy Jones are sidelined with an injury.

Victor Anichebe is still short of match fitness and is expected to be on the bench.

Tottenham have won their last 5 home matches against Sunderland in all competitions.

Tottenham have scored at least 2 goals in 5 of their last 6 matches against Sunderland in all competitions.

Tottenham are undefeated in 9 of their last 10 home matches in the Premier League.

Sunderland have failed to win 9 of their last 10 away matches in the Premier League.

Spurs have a very good home record against Sunderland and are likely to win the game.

Spurs are in very good form at home and considering Sunderland’s form right now, this should be a fairly easy contest for the home team.

They will be motivated after a defeat in their previous game and are likely to grind out a result.