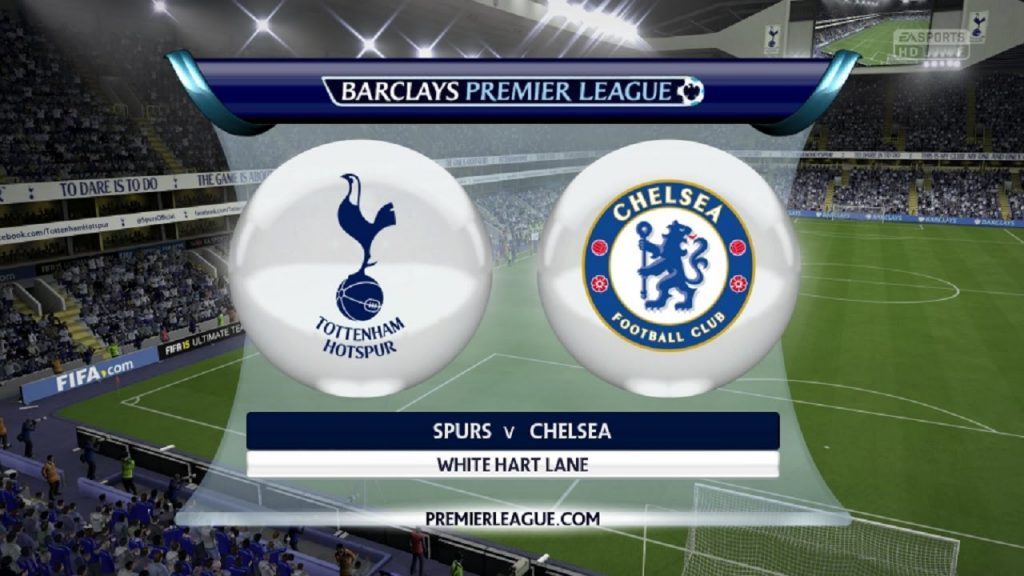 Chelsea travel to White Hart Lane for their Premier League clash against Tottenham on Wednesday.

The Blues are five points clear at the top of the table and can extend that lead to eight points with a win against their London rivals. Second-placed Liverpool dropped two points away to Sunderland last night and Antonio Conte’s men will look to take full advantage of that.

Chelsea have a phenomenal record against Spurs and will look to build on that when the two sides meet tomorrow. The Blues have not lost in 14 of their last 15 meetings with Spurs.

John Terry is the only injury worry for Antonio Conte. Marcos Alonso is expected to recover in time for the trip to White Hart Lane.

Tottenham’s 4-1 win over Watford was their fifth in six matches and they will be full of confidence heading into the derby.

Mauricio Pochettino‘s men were beaten 2-1 at Stamford Bridge earlier this season and they will be looking to get one over their rivals this week. Furthermore, Chelsea dented their title hopes last season and Spurs will be hoping to return the favour this year.

Spurs and Chelsea are two of the most organised sides in the country right now and it should be an interesting tactical battle between two very promising managers as well.

The home side are expected to be without the services of Erik Lamela for the visit of Chelsea.

Chelsea have won their last 13 matches in the Premier League

Chelsea are undefeated in 14 of their last 15 matches against Tottenham in all competitions.

Chelsea have been winning at both half time and full time in 9 of their last 12 matches in the Premier League. Bet on the Blues to win both halves.

Chelsea have a fantastic record against Spurs and are likely to extend that. Bet on the Blues to win.

Both teams have scored in the last two meetings between these two sides. Get both teams to score this week as well.

Defensively both sides are very good and it will be interesting to see how they approach this game.

Furthermore, the likes of Kane and Costa are in good form as well. Eventually, it will come down to the two midfields and the team that controls the play might edge this one.

Spurs have been very good at home and will be determined to prove a point against their rivals and Chelsea will look to keep their momentum going. Both sides are likely to cancel each other out. A draw seems likely.