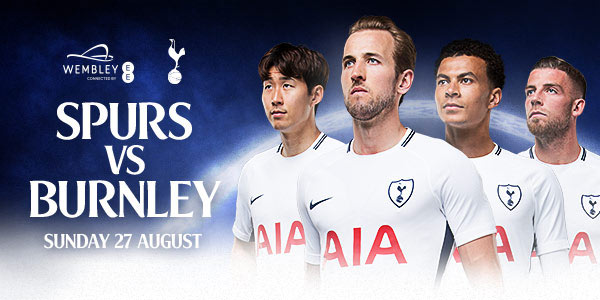 Tottenham host Burnley in the Premier League this weekend and Mauricio Pochettino’s men will be hoping to bounce back from their derby defeat against Chelsea last week.

Spurs crashed to a 2-1 loss against their cross-town rivals and they will be desperate for the three points here. The home side have a very good record against Burnley and they will be confident of extending their five-match winning run at home against the Clarets.

Burnley managed to beat Chelsea in their opening game and they will be eyeing another upset here. The midweek win against Blackburn will have given them some confidence and momentum for this game.

Furthermore, they will be desperate to bounce back from their disappointing defeat against West Brom last weekend.

Burnley will be without the injured duo of Dean Marney and Jon Walters for the trip to Wembley.

Meanwhile, Spurs will be without Rose, Lamela, and Nkoudou due to injuries. Davinson Sanchez does not have a work permit yet and will miss this one.

Tottenham have won their last 5 home matches against Burnley in all competitions. They have also managed score at least 2 goals in those matches. A home win seems likely.

Tottenham have seen over 2.5 goals in their last 5 home matches against Burnley in all competitions. Also, there have been over 2.5 goals scored in 7 of Tottenham’s last 8 home games in the Premier League. A high scoring game is definitely on the cards here.

This should be a comfortable win for the home side. They are far superior to Burnley and will be motivated after the derby defeat.

Burnley will struggle to contain Tottenham’s well-organised attack and they simply do not have the creativity to get past the Spurs defence.