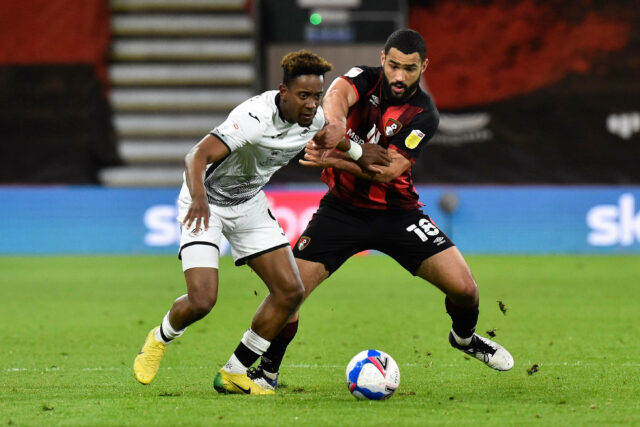 According to reports from football.london, Tottenham Hotspur have decided to take up the option of extending the contract of defender Cameron Carter-Vickers for another year.

The United States international, who came up through the youth ranks at the club, hasn’t made a single appearance for Spurs since the 2016/17 season. He has been playing elsewhere on loan for the past few seasons.

The 23-year-old has played for Sheffield United, Ipswich Town, Swansea City, Stoke City, Luton Town and now Bournemouth on loan in recent years, and he is not in Jose Mourinho’s plans.

Carter-Vickers has made 12 Championship starts for the Cherries this season, scoring one goal. The Cherries could be willing to sign him permanently at the end of the season.

His contract at Spurs is expiring at the end of the season, and potential suitors were expecting to sign him on a free transfer.

football.london claims that Spurs have taken up the option to extend Carter-Vickers’ deal by a year. However, they will still sell him in the summer.

It’s a smart move for Spurs as the north London club will be able to command a decent transfer fee now for him.

In other news, Manchester City are convinced that Kevin de Bruyne will sign a new deal at the club.