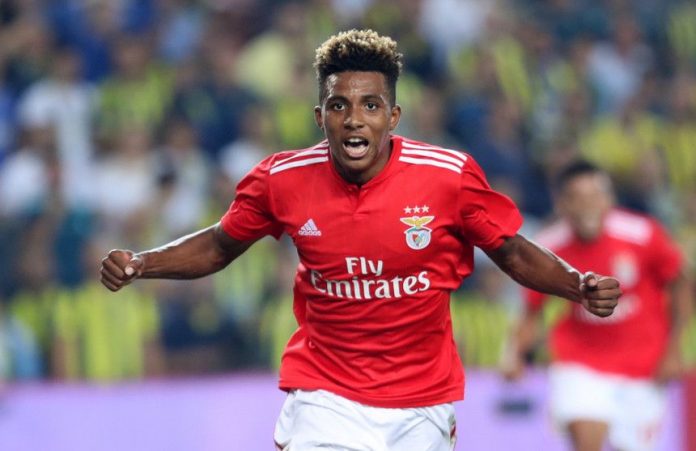 Tottenham are keen on signing the Portuguese midfielder Gedson Fernandes.

According to the CM Journal, the Londoners have already submitted a €45 million offer for the central midfielder.

However, the report adds that Benfica have turned down the bid and they are hoping to get more money for the player.

The 20-year-old is a tremendous talent and he has shown his ability in flashes this season. He has the skillset to be the long term replacement for Dembele at Spurs.

The Belgian left for China at the turn of the year and Spurs have lacked depth in midfield ever since.

Fernandes is a very good passer of the ball and his dribbling ability is similar to that of Dembele. He can play as a deep-lying playmaker as well as a box-to-box midfielder.

The 20-year-old has a powerful frame and he should be able to adapt to English football because of his impressive technical ability.

It will be interesting to see if Mauricio Pochettino sanctions another offer for the player now.

There is no doubt that the player is a massive talent and Pochettino could be the ideal manager to bring out the best in him. However, €45 million is already a lot of money for someone who is largely unproven at the highest level.

Also, Tottenham need to invest in other areas of the squad as well. The player apparently has a £102 million release clause in his contract.

Fernandes has 1 goal and 2 assists in all competitions for Benfica this season.