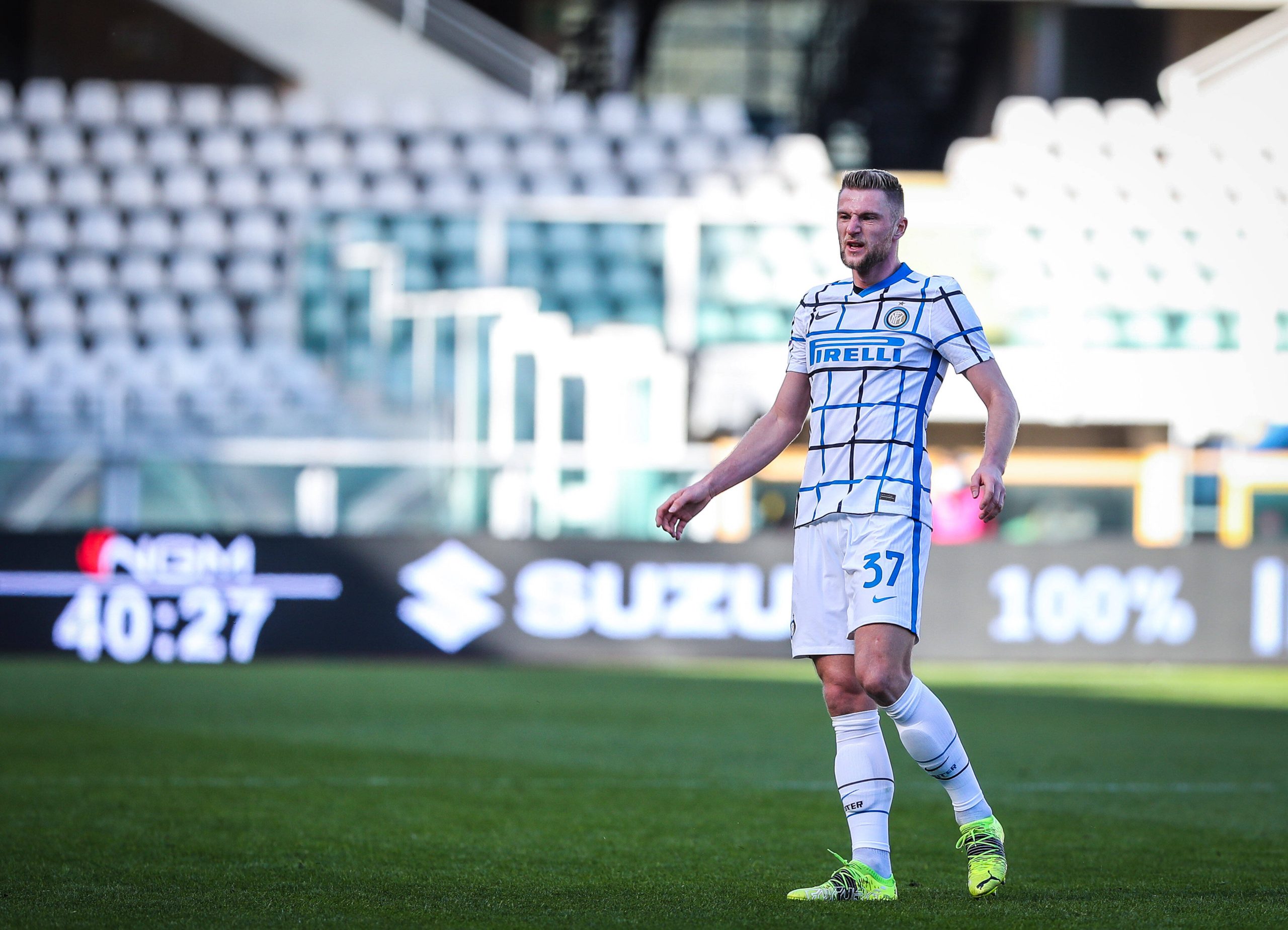 Spurs have been repeatedly linked with the Slovakian international who has played a key role in Inter Milan’s rise to the top of Serie A.

Italian journalist Fabrizio Romano has now issued an update on the player’s future, saying that Spurs are keen to secure his services this summer.

“I will mention again Skriniar because they love this player,” he told his Here We Go podcast.

“It is about the scouting, the board, Mourinho. They have one big problem – they were really close to signing Milan Skriniar.

“What happened in this moment is that (Antonio) Conte is doing an amazing job with Skriniar, and now he is a starter.

“Before they had Diego Godin and Skriniar wasn’t playing, now he’s a starter, and he is doing so well.

Mourinho’s interest in Skriniar is no surprise given the Slovakian’s performances for Inter this season.

Spurs lack leadership at the back, and the 26-year-old certainly fits the bill in that respect.

However, the £68 million asking price could be a sticking point, particularly if Spurs fail to qualify for the Champions League.

Despite this, Mourinho will be eager for the club to prove its ambition by bidding for Skriniar this summer.