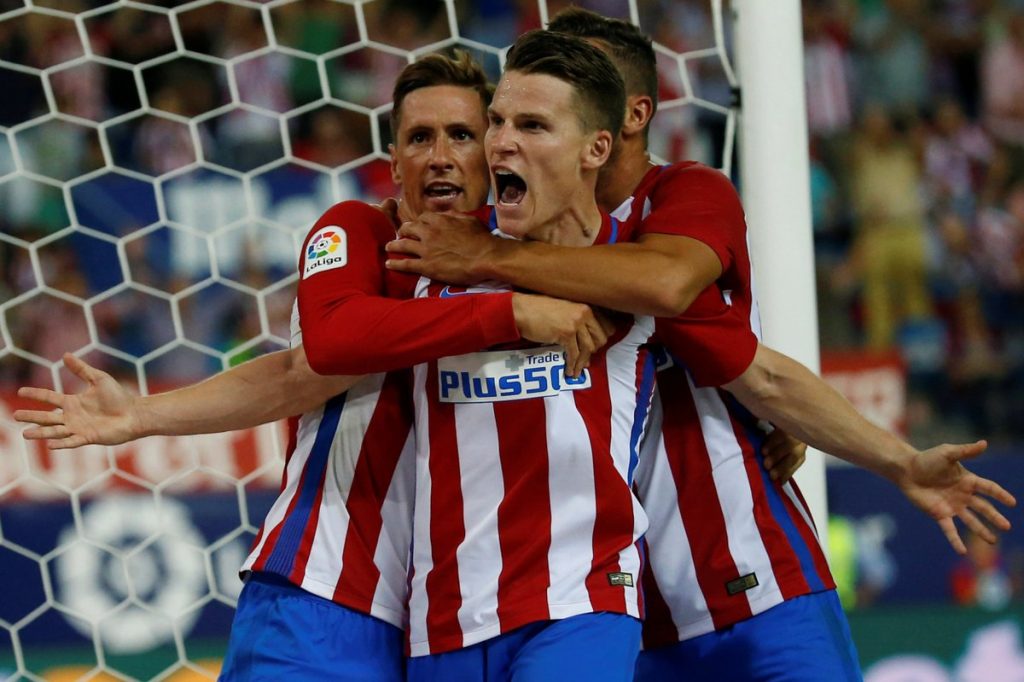 Atletico Madrid striker Kevin Gameiro was linked with a move to Tottenham earlier this season.

Tottenham are now odds-on favourites to sign the La Liga forward this summer. Bet Victor have made Pochettino’s side favourites to land the 16-goal striker.

Apparently, the La Liga giants are closing in on a deal for Alexandre Lacazette and therefore Gameiro might have to play second fiddle to the Lyon star next season.

The 30-year-old has been one of the most consistent forwards in the Spanish league for a while now. Gameiro has impressed during his time at Sevilla and now with Atletico Madrid as well. A move to the Premier League could be ideal for him right now.

Despite the quality of Harry Kane, Spurs need to add more depth to their striking department and Gameiro makes perfect sense.

It will be interesting to see if Spurs make a move for the former Sevilla striker this summer. With Champions League football in the bag, the Londoners are a very attractive proposition right now. If they decide to submit a substantial offer for the player, the transfer is very much possible. If they do manage to sign him for next season, Spurs should be able to go all the way in the title race this time.

Lack of attacking depth hurt Spurs this season, especially when Kane was injured. Gameiro could the ideal addition to Pochettino’s side alongside the England international.

Having said that, any move will have to wait until Atletico’s transfer ban is lifted. They are unlikely to sanction a sale without signing Lacazette first.