Tottenham are looking to add to their attack before the start of the new season and the Londoners have been linked with Lazio’s Keita Balde Diao.

Mauricio Pochettino has confirmed that Spurs are working hard to strengthen their team and Telegraph believe that the Londoners are looking to sign three players before the window closes. The Premier League outfit are interested in signing Keita, Barkley and a right back.

Keita is a target for Juventus as well and Tottenham will need to offer an attractive package in order to convince the player. The Lazio star is one of the best players in Serie A right now and he would add some much-needed pace and flair to Spurs’ attack.

The 22-year-old forward scored 16 goals for Lazio last season and his playing style means that he would be an ideal option for Spurs alongside Kane, Alli and Eriksen.

According to SkyBet, Tottenham are now odds-on favourites to sign the Senegalese attacker. 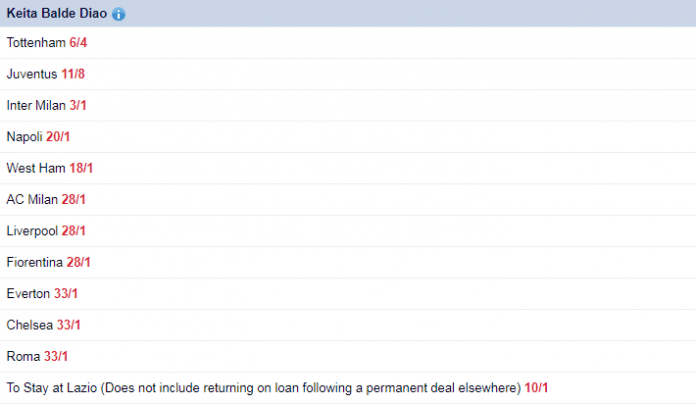 Spurs are yet to submit an official offer for the player and they will need to move quickly in order to beat Juventus in the race for Keita.

As far as Barkley is concerned, Spurs are prepared to shell out around £25 million for the player and therefore Everton will have to lower their valuation if they want to sell the England international.