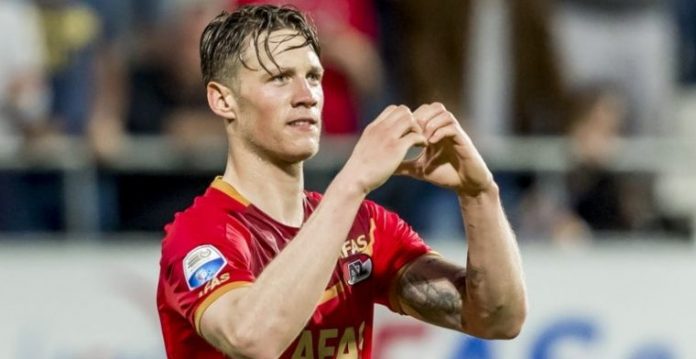 Tottenham have been linked with quite a few strikers this summer and the latest name linked with a move to the London club is that of Wout Weghorst.

As per Tubantia, Spurs are now serious about signing the player.

The Wolfsburg striker has done well in Germany and he could prove to be a quality addition to Jose Mourinho’s attack.

The Premier League side need to add some depth to their attack and Weghorst could prove to be a good backup for Harry Kane.

Last season the Londoners struggled to score goals when Harry Kane was out injured and they need to find an alternative before the transfer window closes.

It will be interesting to see if they can agree on a fee with the German outfit for Weghorst in the coming weeks.

It shouldn’t be difficult for them to convince the player to join them. A move to Tottenham would be a step up in Weghorst’s career and he’s likely to be tempted to work with a world-class manager like Jose Mourinho.

The 28-year-old striker scored 20 goals for the Bundesliga side last year and he has the ability to succeed in the Premier League as well.