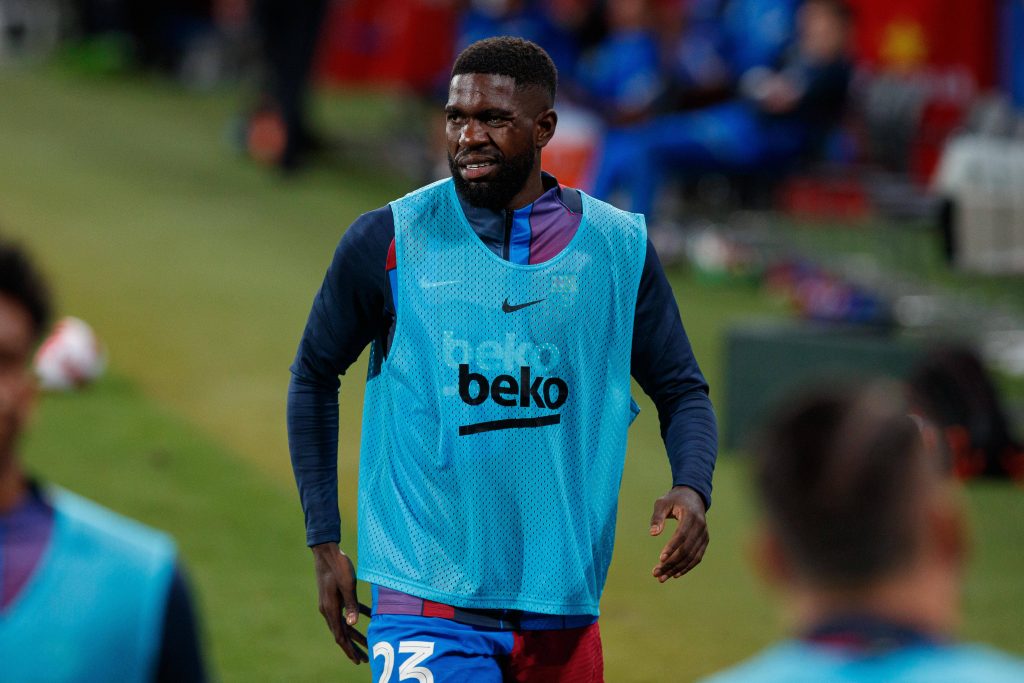 Tottenham Hotspur have been linked with a move for Barcelona defender Samuel Umtiti.

The Premier League club want to improve their defensive options before the transfer window closes, and the 27-year-old is on Fabio Paratici’s radar.

According to football.london, Barcelona are determined to get the Frenchman off their books this summer.

They are prepared the terminate his contract if he does not join another club before the end of the transfer window.

The 27-year-old arrived at the Spanish club with massive expectations but has struggled to perform consistently.

He is no longer a key member of the first team and needs to move on to play regular football.

Umtiti has not been at his best for quite some time, and it is unsurprising that Barcelona want to get rid of him.

It was initially reported that Umtiti wants to join a club that competes in the Champions League, which would scupper Spurs’ hopes of signing him.

They have already signed Cristian Romero from Atalanta and have also been linked with Pau Torres, Nikola Milenkovic and Takehiro Tomiyasu.

Here is how some Spurs fans have reacted to the Umtiti links on Twitter.

Was a fantastic player before his horrific knee injury.He’s never been the same player since iam afraid😩

He’s on big wages. £200k a week. Doubt we will be giving anyone that money for a long while after the Ndombele debacle

Umtiti and Romero? Could work