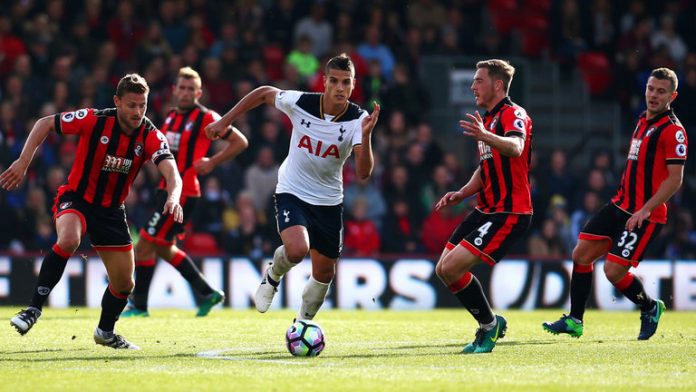 Tottenham Hotspur visit Bournemouth on Sunday aiming to put the disappointment of their Champions League exit behind them.

Spurs failed to reach the quarter-finals after losing 4-3 on aggregate against Juventus and they must now make sure their bid to qualify for next season’s competition is not derailed.

Spurs have scored 13 goals and conceded just one in five Premier League meetings with the Cherries – a run which included a 1-0 victory in the reverse fixture back in October.

Bournemouth head into the game 12th in table, six points above the relegation zone.

Eddie Howe’s side have won two of their last six league matches and they will be eager to take something from Sunday’s fixture as they bid to steer clear of the drop zone.

Bournemouth are priced at 6/1 to win the game, with Spurs on offer at 4/9.

? Headline team news ahead of our @premierleague game against @SpursOfficial…

? One change to starting XI
? Mousset starts, with King on bench
? Arter returns to squad