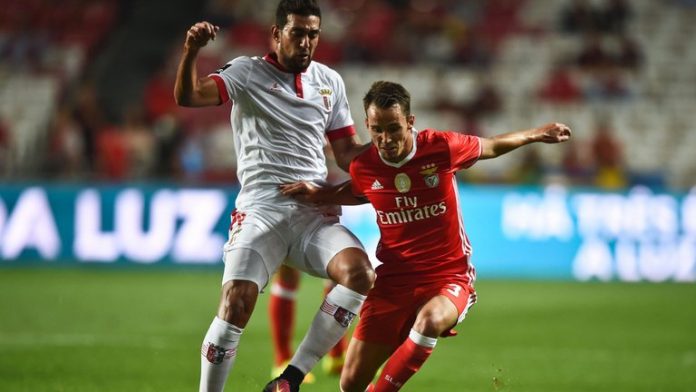 As per the reports (translated by SportWitness), Grimaldo is a target for Napoli as well but Spurs could make a move for him this summer.

Apparently, Mauricio Pochettino is a big fan of the 22-year-old fullback and Tottenham are prepared to offer around €30m for his services.

Danny Rose has been linked with a move away from the club and Grimaldo would be a decent replacement.

Apart from his defensive qualities, the Benfica star’s arrival will improve Spurs going forward because of his attacking quality.

Grimaldo is more of wing back and he will allow Pochettino to play three centre-backs (Alderweireld, Vertonghen and Sanchez) next season.

It will be interesting to see whether the Londoners submit an offer for the player now. They are certainly capable of beating Napoli to his signature.

The Premier League is a far more attractive option for players. Plus, Spurs can offer him Champions League football as well.