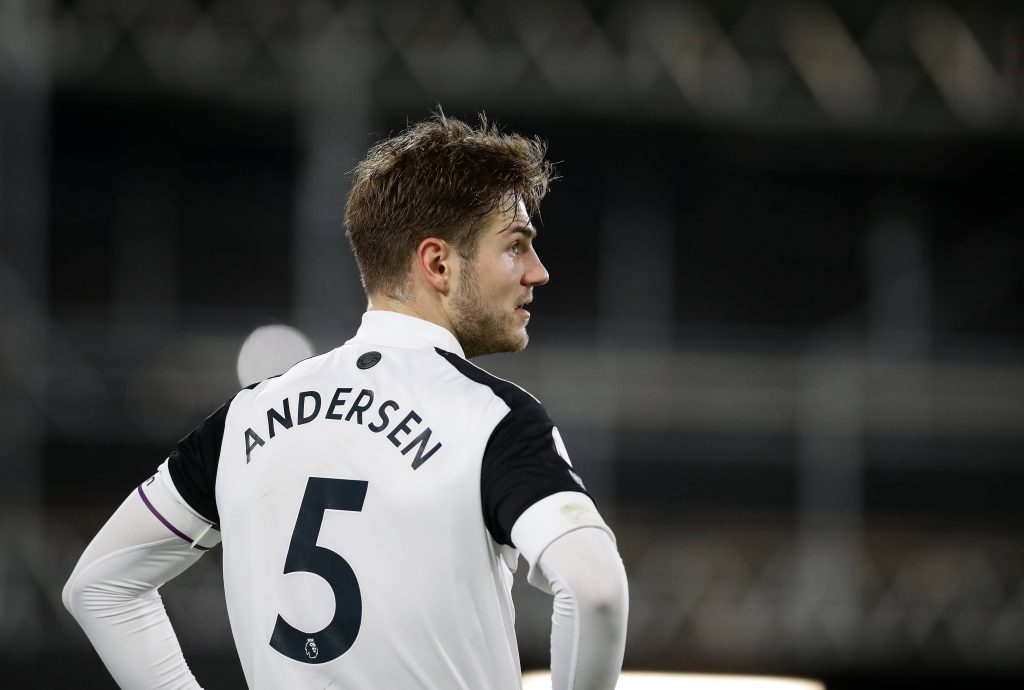 Tottenham Hotspur are keeping tabs on Joachim Andersen after his impressive performances for Fulham in the Premier League this season.

The 24-year-old defender has formed a quality partnership with Tosin Adarabioyo, and the likes of Manchester United and Leicester City are also monitoring his situation.

According to the Telegraph, Lyon could sell the player permanently for a fee of around £25 million this summer.

The transfer could prove to be a major bargain if Spurs can snap up the defender for that price.

Jose Mourinho needs to add more depth to his central defensive unit, and Andersen would be a superb addition.

He has already adapted to the Premier League and could make an immediate impact at Spurs next season.

Davinson Sanchez has been linked with a move away from Spurs, and Andersen could be his replacement.

Toby Alderweireld is Spurs’ main centre-back at the moment, and Andersen could forge a formidable partnership with him.

Joe Rodon and Japhet Tanganga are young and need more time to develop into regular starters for the Premier League club.

Some Tottenham fans have taken to Twitter to share their thoughts on the potential signing of Andersen, and here is what they had to say.

That's a steal. Sanches was nearly twice that.

Dier Out -> Andersen In

25mil what a steal

People saying no, like he wouldn’t be our best CB.

Bargain! Levy should be all over that asap to get it tied up. Prem experience now too

What a steal. Ship winks out bring this guy in it's a no brainer.