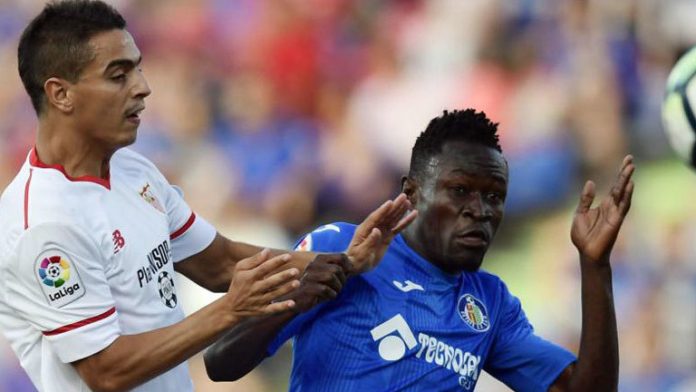 Tottenham Hotspur have been linked with a £31 million move for Getafe defender Djene.

Spurs have been quiet in this summer’s tramsfer market, but Foot Mercato has claimed that could be about to change.

Djene played in Cameroon before signing for Spanish Segunda Division side AD Alcorcon in 2014.

He joined Belgian First Division A club Sint-Truidense in 2016, but returned to Spain with Gefate the following year.

Arsenal manager Unai Emery has previously monitored Djene, while Leicester City have also been linked with the player.

Spurs are on the lookout for another defender, with Toby Alderweireld widely tipped to leave the club this summer.

Manchester United have been linked with the Belgian centre-back, although no firm bid has been made as yet.

Paris Saint=Germain’s interest in Jan Vertonghen has accelerated Spurs’ need to look for defensive reinforcements and Djene could fit the bill.