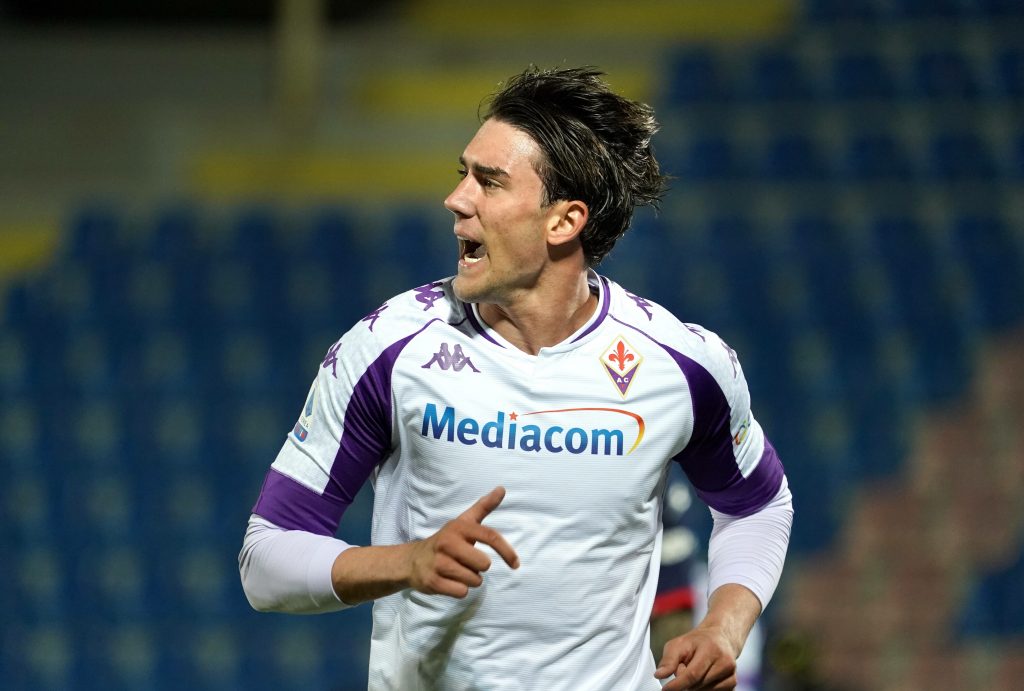 Tottenham Hotspur have been linked with a move for Fiorentina striker Dusan Vlahovic.

According to Tuttosport, newly appointed club director Fabio Paratici has monitored the player, and Spurs could make a move if Harry Kane is sold this summer.

The report further states that the first choice option to replace the England international is Manchester City striker Gabriel Jesus.

Vlahovic is one of the most exciting young attackers in world football and could prove a sensational long term investment for the London club.

He had an impressive season with Fiorentina, bagging 21 goals in Serie A.

The young forward has a massive future ahead of him, and a move to Tottenham could help him fulfil his potential.

He would play alongside better players at the London club, and the Premier League is more challenging as a competition.

Some of the other players Paratici could look to move for are Mauro Icardi, Arkadiusz Milik, Andrea Belloti and Nikola Milenkovic.

Vlahovic is only 21-years-old and is yet to reach his peak. It would be fair to assume that he is likely to improve with more experience under his belt.

He could prove to be a solid long term investment for the Londoners, and he might prove to be a bargain if he fulfils his potential.