“Under the Radar”: The Top 5 Up-and-Coming English Managers in the Football League

In numerous other articles published on this site, I have sought to debunk the myth that English football is not producing enough young talent.

Previously, I have primarily focused on playing talent — with the notable exception of my study on Chris Coleman (who is Welsh and not English, anyway) — for which reason I have decided to lend my pen to the cause of young English gaffers, a foundation I feel is particularly relevant in order to demonstrate the value of the English manager in face of the foreign influx, including the decision to appoint Fabio Capello national team manager (a decision I have no desire to debate here, and one on which those who are regulars at Soccerlens will know my opinion, and those who aren’t — visit Soccerlens more frequently!).

Over the coming weeks, I shall be profiling the men I believe to be the 5 most exciting up-and-coming English managers in the land.

Please take the time to read my profiles. At the end of this article is a poll enabling you to vote for your favourite candidates — including those whom I will mention by name, but not profile in full. I also hope to be able to interview one or more of my candidates (with the help of Steve Amoia and Graham Fisher), although this is by no means a sure thing. 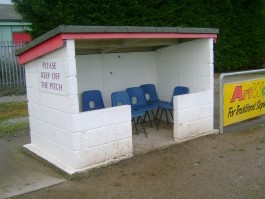 Candidates will be analysed using the following criteria:

I have fixed an age cap of 45 in order to avoid quibbling over what exactly constitutes a “young” manager. So bad luck Messrs Pardew, Laws, Slade, Malpas, Jackett, Wilson and Jackson, for though I doff my managerial cap emblazoned with the initials “H.S.” in your direction, you shall not be included in my estimations.

Finally, I would emphasize that this series is about English talent in particular, and not British managers in general. As such, I wish to extend an honourable mention to the scores of successful Scottish and Irish managers to adorn the English domestic game. Indeed, it is noteworthy that of the three highest-placed British managers in the Premiership, none is English: Ferguson and Moyes of course being Scottish, whilst Martin O’ Neill is indubitably Irish (even if the mass media don’t seem to realise this when they proclaim him the prodigal son and heir to the English throne).

I will be writing on:

If I ever have the time, I’ll also look at John Coleman, Lee Sinnott, Steve Tilson, Simon Grayson and Aidy Boothroyd, and had planned to include those in the poll anyhow.