Wayne Rooney has just been elected the ugliest player in the world, at least according to 33% of the 2,500 women polled by www.thepeoplesclub.com. “Shrek” (as the Man Utd striker is affectionately, or not-so-affectionately rather, nicknamed) is however judged to be the perfect mate for girlfriend (and soon-to-be wife) Coleen McLoughlin, the latter indeed not being typical smokin’ hot WAG material (Ã  la Abbey Clancy or Danielle Lloyd), even though her business skills are largely superior to her much sexier colleagues.

But going back to our “Ugly Top 20” ranking, Wayne Rooney is indeed topping the list and beating footy champions of the caliber of Ronaldinho and Carlos Tevez. While the footballing skills of the top trio certainly aren’t being questioned, the feminine population that was sampled might have very different things to say about their looks. I guess the “cartoonish face and bunny smile” of the Barcelona playmaker, and the rough facial expression of the Man Utd striker (nicknamed “Apache”) aren’t appreciated at their just value?

Completing the list, we find Liverpool striker Peter Crouch at nº4 (the boyfriend of aforementioned sex-bomb Abigail Clancy, the couple earning the nickname of “Beauty and the Beast” by the English tabloids) and AC Milan’s Ronaldo at nº5 (whose constant changes of hairstyle and castor-like teeth don’t make him much of a fan-favorite).

“The survey shows that money can’t buy you looks” said Carl Christensen, spokesperson of the ThePeoplesclub website, in an interview to the Daily Star. “But money sure does help an ordinary guy get a good-looking girl. You have to look no further than Peter Crouch and Abbey Clancy” Christensen concluded. 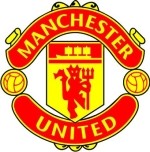 In fact, that theory is so close to the truth that 1/5 of the surveyed women said they “wouldn’t at all mind going out with any of these ‘uglies’“, given their pro football player status (and the cushy bank account that comes with it).

One final statistic: by looking at the 20 names that make up this ranking, we find ONE player from the Serie A (AC Milan’s Ronaldo), TWO from the Spanish Liga (Ronaldinho and Van Nistelrooy), and SEVEN players from Manchester United (thus officially making the Red Devils the “ugliest team in the world”). Then again, this survey was conducted in Britain so it’s normal to see a lot of local players featured here.

Here’s the final Top 20. What do you think? Did we forget anyone?
.

The best and worst transfers between Premier League rivals

Report: Carlos Tevez set to retire from football in 2019

Diego Simeone: ‘Ex-Manchester United star would be ideal for us’