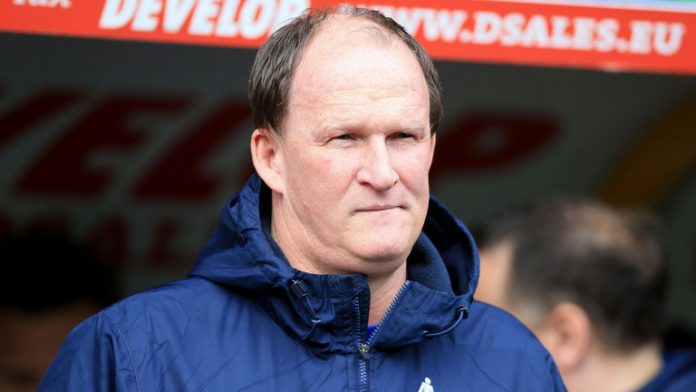 Simon Grayson admitted he needs to improve Sunderland’s attacking capabilities after his side’s 2-0 defeat at home to Leeds United on Saturday.

The Black Cats missed the chance to take the lead when Lewis Grabban’s shot cleared was off the line by Liam Cooper and Leeds took immediate advantage to go ahead through Samu Saiz.

“I thought in the first 20 minutes we were the dominant team,” said Grayson.

“We played with real tempo, some decent quality, but there are fine margins in games – I don’t think Cooper knew too much about it, the ball hit his head and then hit the bar.

“Then seconds later, the ball was in the back of our net.

“When the opposition get the first goal it is not easy.

“Credit to our players, they kept going, they didn’t give in, they just lacked the quality in the final third of the pitch when it really mattered and we were trying to chase the game.

“I think if we had got that first goal, it would have been a different outcome because we were on the front foot.

“I was pleased with players but we didn’t have that final pass, the decision making, to unsettle a difficult back four to play against.

“Their goalkeeper hardly had a shot to save – I think we only managed one or two shots on target.”