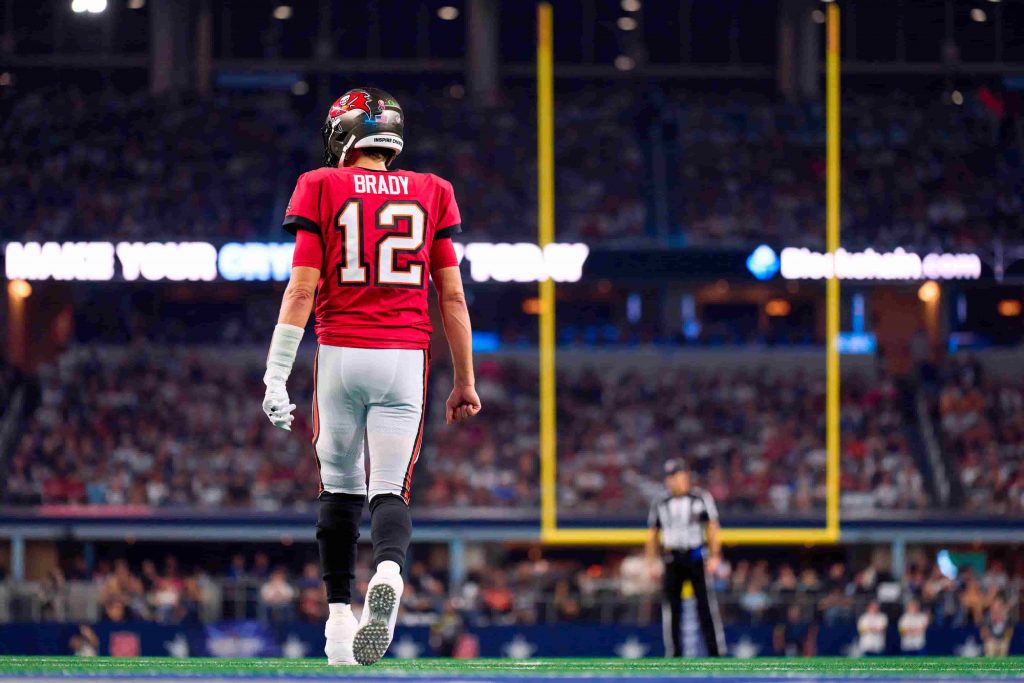 Ahead of an intriguing battle between two of the league’s finest quarterbacks as the Green Bay Packers travel to Tampa to face the Buccaneers, we are offering up some of our very own player prop picks.

While it may well indeed be the final meeting between Tom Brady and Aaron Rodgers, we are not expecting an explosive showdown here, with both side’s feeling the weight of depleted offensive lines.

You would be fooled into thinking the spread is relatively low given the 45-year-old veteran averaged 40.2 attempts per game throughout his first two seasons in Florida, but he has thrown just 61 passes across their opening games this year.

There’s certainly no reason to expect Brady to exceed the season-high 34 attempts from last week given the Bucs are still feeling the strain of offensive injuries.

Under 34.5 Passing Attempts With BetOnline

Our second tip follows a similar theme given that Brady has recorded 402 passing yards (201.0 yards per game) so far this season.

This sees him ranked all the way down in 23rd in the NFL for passing yards, which is in stark contract to his league-leading record from last season which saw him finish over 300 yards above the nearest competitor Justin Herbert.

Under 236.5 Passing Yards With BetOnline