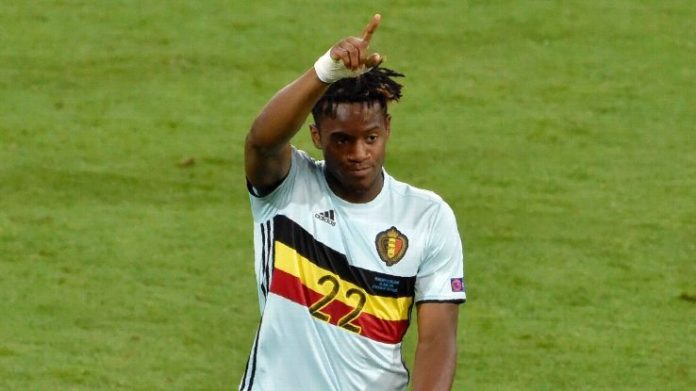 The 22-year-old Marseille forward is considered as a top young talent and several Premier League clubs are vying for his signature, including the likes of Crystal Palace and Chelsea.

Batshuayi featured as a sub in Belgium’s last two games and got his name on the scoresheet in his country’s 4-0 win over Hungary at Euro 2016 on Sunday.

“Do I hope Batshuayi comes to Tottenham? Yes of course,” said Spurs defender Alderweireld as quoted by Sky Sports. “He has a lot of qualities.

“The problem of course is that at that position Tottenham already has Harry Kane, while there is a lot of interest for Batshuayi [from other clubs].”

The talented young forward, who has scored 17 goals for his club in Ligue 1 and further laying off 9 goals, had been the subject of bids from West Ham and Juventus earlier this summer. Premier League club Crystal Palace made a tempting €38m offer which was accepted by the Marseille president, Vincent Labrune, but the player had reservations about moving to Selhurst Park.

However, Chelsea have acted quickly into the auction party and submitted a lucrative offer that has effectively turned his head. The Blues have reportedly offered an initial €40m and reports suggest the player will now undergo a medical at Stamford Bridge.

Batshuayi is all set to become Antonio Conte’s first signing for the club, and there is a possibility the London club could also move for Spain’s Alvaro Morata, who is now back at Real Madrid.

Belgium will face Wales for a place in the semi-finals of Euro 2016 on Friday. Ahead of the match the Spurs defender has spoken out about England’s embarrassing exit from Euro 2016.

Alderweireld believes a lack of winter break during the Premier League season is the central reason behind England’s humiliating defeat to Iceland in the round of 16 knockout tie on Monday.