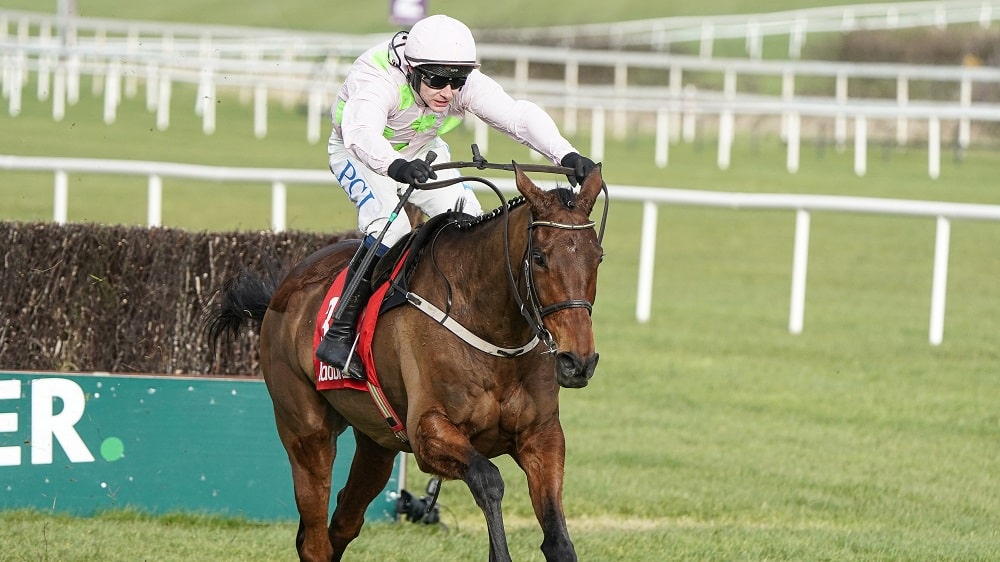 The Betfair Tingle Creek Chase over an extended 1m 7f is the feature of two Grade 1s race at Sandown Park on Saturday, 4 December (2:25). It has attracted a classy field of five for this year’s renewal including two Irish raiders. SportsLens experts give their Tingle Creek tips on a must-see race.

If recent years are anything to go by, then there is nothing better for this contest than previous course and distance form. Six of the last eight Tingle Creek winners had either won or placed at the Esher venue. Like Cheltenham, Sandown has an uphill finish but races go clockwise.

Another of the key Tingle Creek Chase trends for punters to consider here are ratings. Seven of the last eight winners ran off a mark of over 160, making this one of the premier steeplechases in the UK. Favourites also have a fine record with four in the previous five renewals obliging.

The age profile of recent Tingle Creek winners is also interesting. Unless a horse has won the race before, then victorious ones tend to be younger than nine. Race fitness may play a part too. While three of the last five successful horses won on reappearance, five of the last eight came to Sandown off a run.

These Tingle Creek Chase trends should hopefully give punters some pointers before they place their wagers on horse racing betting sites at any rate. The stats suggest two of the Tingle Creek entries can’t win the race, because they don’t have the class required. Only time will tell…

Why Chacun Pour Soi is favourite in the Tingle Creek betting

Irish master trainer Willie Mullins has won this before with the Un De Sceaux. He saddles another French-bred runner in Punchestown Champion Chase hero Chacun Pour Soi. Owned by Rich and Susannah Ricci, this nine-year-old son of Policy Maker is lightly-raced for his age. He also goes well fresh, defying a racecourse absence of 1089 days when making a winning debut for Mullins.

Chacun Pour Soi has only suffered two defeats in eight subsequent starts. The first of those came at Leopardstown during the 2019 Christmas Festival to A Plus Tard. That one bolted up in the Betfair Chase last month. Chacun Pour Soi has since won the last two renewals of the Dublin Chase but disappointed when sent off odds-on for the Queen Mother Champion Chase at Cheltenham.

That is cause for concern as it is the only time he has raced outside of Ireland since his days in France. Chacun Pour Soi didn’t seem to get up the famous hill, and he will be tackling one here at Sandown. However, he comprehensively defeated the impressive Ryanair Chase hero Allaho at Punchestown last time out. Re-opposing third Nube Negra was also in-behind and well-beaten that day.

It’s clear why Chacun Pour Soi has the shortest Tingle Creek odds but whether 5/4 with William Hill is value looks debatable. He tops official ratings on a mark of 176 but lacks experience of the track. The same applies to his jockey, Patrick Mullins. There are reasons to take Chacun Pour Soi on, even though he commands respect.

Chacun Pour Soi and the aforementioned Nube Negra have each finished in front of one another. The latter, trained by Dan Skelton, has arguably improved since Punchestown and comes to the Sandown Tingle Creek Chase fit. Nube Negra turned the tables on Queen Mother Champion Chase conqueror Put The Kettle On in the Shloer Chase at Cheltenham during the November Meeting.

That was a serious marker laid down by Spanish-bred son of Dink. Nube Negra beat deal Tingle Creek winner Politologue that day too. He also has Group 1 placed form over course and distance from the 2019 Henry VIII Novices Chase. Nube Negra is a much better horse now than then after defeating Altior in the Desert Orchid Chase at Kempton last Christmas.

After just eight starts, he may still be improving. A six-length trouncing of Politologue when last in action reads well in relation to this. Nube Negra is next best on ratings behind Chacun Pour Soi and also in the market. A 3lb rise for his Shloer success doesn’t reflect the margin of victory either. Nube Negra looks the value bet at 5/2 with Bet365 to continue his progress.

Bet on Nube Negra with Bet365

Greaneteen the pick of Nicholls pair for Tingle Creek Chase

British champion jumps trainer Paul Nicholls has a fabulous record in the race with an impressive 11 wins since 1999. Anything from his Ditcheat stables commands respect, then, and two inmates contest this year’s renewal. The clear pick of those on form is Greaneteen, the only course and distance winner in the line-up. This seven-year-old Great Pretender gelding chased home Politologue in this 12 months ago.

Then, as now, Greaneteen warmed up for the Tingle Creek with a run in the Haldon Gold Cup at Exeter. He was only fourth in this year’s renewal of that Grade 2 limited handicap chase but burdened by top weight. Greaneteen now meets re-opposing stable companion Hitman off 17lb better terms, so should reverse form.

He also has a Grade 1 course and distance victory in the Celebration Chase over Altior and Put The Kettle On from the final day of last season. Greaneteen is the only other one of the final Tingle Creek entries with a rating in the same parish as the top two in the betting. That explains odds of 9/2 with William Hill here.

Bet on Greaneteen with William Hill

To have any say in the finish, both Emerald Isle raider Captain Guinness and Nicholls’ other runner Hitman must both make great strides. The latter was runner-up in the Henry VIII behind Allmankind 12 months ago and also fell in the Scilly Isles here over further. Hitman is only a five-year-old, so open to the most progress of any in the line-up but must in spades to be successful here.

Henry De Bromhead sends Captain Guinness over with Rachael Blackmore off the back of a Poplar Square Chase success at Naas. The six-year-old Arakan gelding has plenty to find at this level too. Things may be happening too quickly for Captain Guinness, if his novice form in elite company is any indicator as he fell at the Dublin Racing Festival and Punchestown either side of a fine third in the Arkle.

The Tingle Creek Chase demands a lot more, though. Further progress can’t be ruled out but there is more than a stone-and-a-half on ratings between Captain Guinness and Chacun Pour Soi. Both the De Bromhead runner and Hitman are seemingly in the race to avoid the wooden spoon.