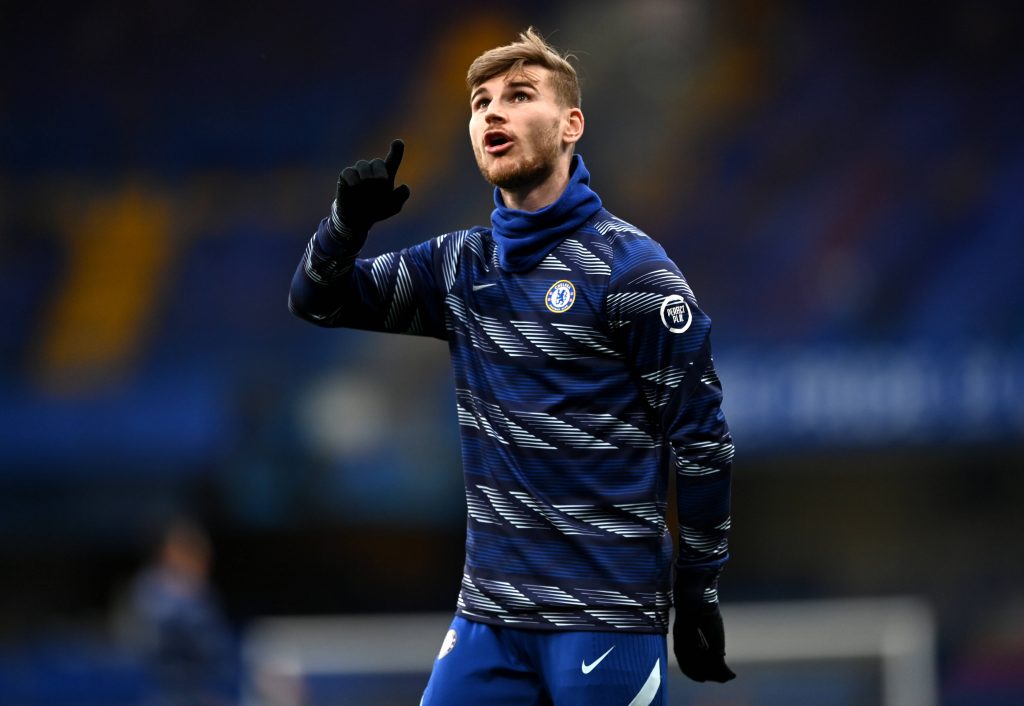 Timo Werner is considering his future at Chelsea amid the club’s ongoing pursuit of a new striker this summer, 90min reports.

The Germany international joined the Blues from RB Leipzig for €53 million last summer, but he had a frustrating debut campaign.

He finished the season with a tally of 12 goals and 15 assists from 52 games, but he was guilty of missing several clear-cut scoring chances.

There are no surprises that the club are eyeing an elite striker this summer and have been heavily linked with Borussia Dortmund’s Erling Braut Haaland.

It is now reported that the 25-year-old could consider a move away from the Blues if the club sign a new marksman in the coming weeks.

Juventus and Paris Saint-Germain are keeping tabs, but he would ideally prefer to return to Bundesliga with Bayern Munich still huge fans of him.

Werner’s form in front of goal was poor during the back end of the season, but he was still picked to lead the line by manager Thomas Tuchel.

His workrate and ability to drive defenders towards him worked in the Blues’ favour. One prime example was the Champions League final.

However, this alone may not be sufficient to keep his place in the long run. He needs to find the back of the net regularly, which is his primary job.

The Blues are actively searching for a world-class striker, and they remain optimistic about luring Haaland in a club-record deal.

Whoever comes in could be assured the centre-forward role from the off. Werner may not be satisfied playing the back-up role next season.

Werner can also play from the left wing, but he could face stiff competition from Kai Havertz, Christian Pulisic, Mason Mount and Callum Hudson-Odoi.

It won’t be surprising if he expresses the desire to leave after just one campaign after accepting that the Premier League is more physical and intense.