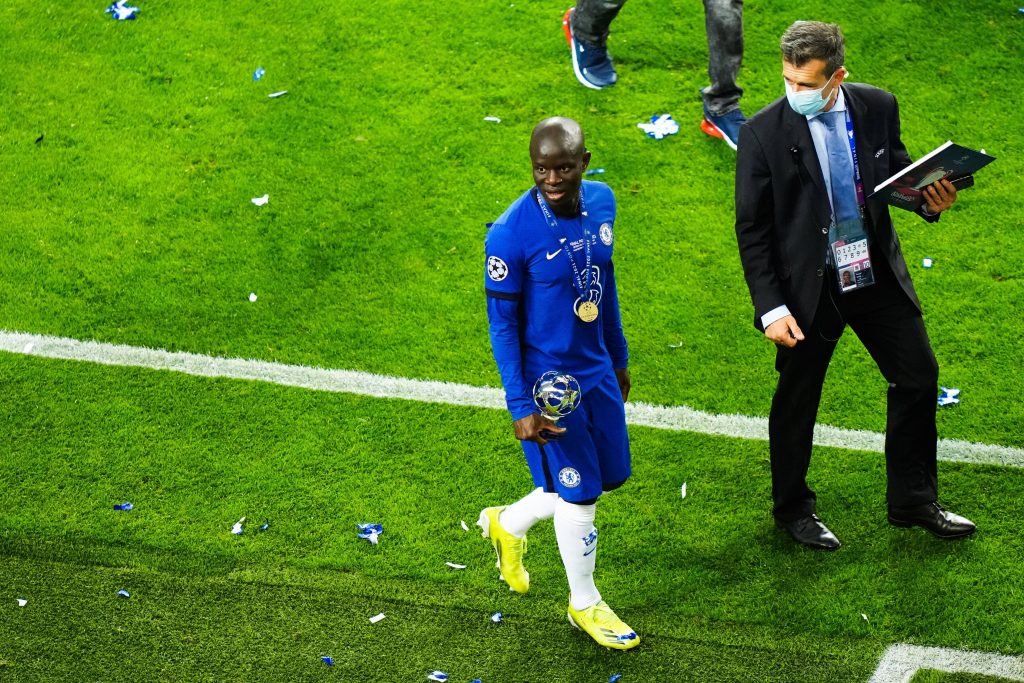 The Blues registered a 1-0 win over the Cityzens at Estadio do Dragao and won the elite European competition for the second time in their history.

Kai Havertz bagged the winner in the 42nd minute, but the margin of victory could have been bigger with Timo Werner and Christian Pulisic missing clear-cut chances.

That did not prove costly for the west London giants, who put up a superb defensive display with key challenges in and around the box.

Kante stood out with another tireless display from the centre of the park, and he made few crucial tackles tracking back for the Blues.

The Frenchman also made 10 ball recoveries over 90 minutes, and Tuchel acknowledged that it’s special to have him in the club’s ranks.

He told football.london: “He does everything. The energy he brings, I don’t know how many ball recoveries today. He covered so much ground.”

“It’s special to have him, and when we don’t have him we missed him. After winning the World Cup, the Champions League, he’s so humble in his position.”

Kante, who is valued at £49.5 million by Transfermarkt, has two years remaining on his contract with the newly-crowned European champions.

There were concerns over Kante’s performances earlier in the campaign, where he was regularly losing possession and struggled for consistency.

Tuchel handed him with care by resting him in some games. Kante found his rhythm in the last few months, helping the club secure European success.

The Frenchman is already 30, but he is probably the best defensive midfielder in the world at the moment. The Blues could soon negotiate a new-and-improved deal.

The Blues still have room for improvement in the attack, and Tuchel may look to make a few quality signings to challenge for the Premier League title next term.