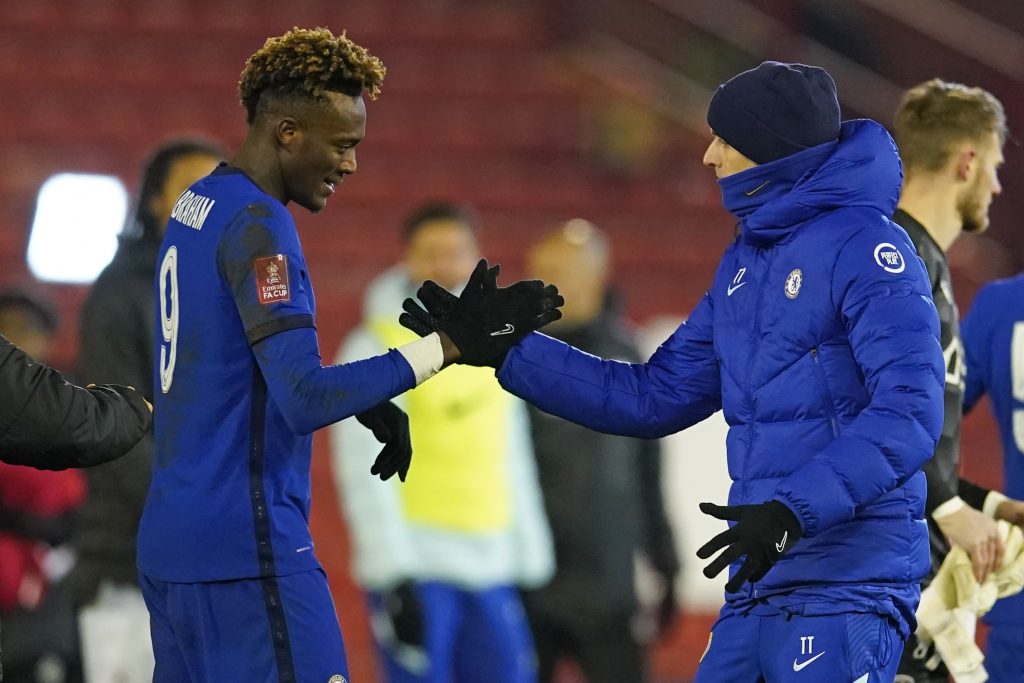 The Blues had the opportunity to register their first league win in seven attempts over the Red Devils but failed to do so after squandering several chances on goal.

The result at Stamford Bridge leaves Chelsea one point behind West Ham United, who are occupying the final Champions League spot.

One of the surprises during the game was the absence of Abraham from the 20-man matchday squad and Tuchel revealed that the decision was purely tactical.

The German mistakenly highlighted that only 18 players could be picked, but added that he has a strong squad at his disposal and Billy Gilmour was also unfortunate to miss out.

He told Chelseafc.com: “We have a strong squad. We have only Thiago Silva injured. It means you have to take hard decisions. You can only nominate 18 players.”

“It was also a hard decision for Billy Gilmour, because he played very well in the Cup, and has been very strong in training.”

Abraham has been in and out of the starting line-up this season and the trend has been quite similar since Tuchel took charge in January.

He starred in the FA Cup fifth-round tie against Barnsley last month with the winning goal and also came up with a goal-line clearance.

In the subsequent game, he was injured after just 20 minutes against Newcastle United, but made a comeback at Southampton where his display was below-par.

He was an unused substitute in the Champions League tie against Atletico Madrid last week but his absence from the squad to face United came as a surprise.

The 23-year-old will be aiming to return to the mix to face Liverpool on Thursday night.