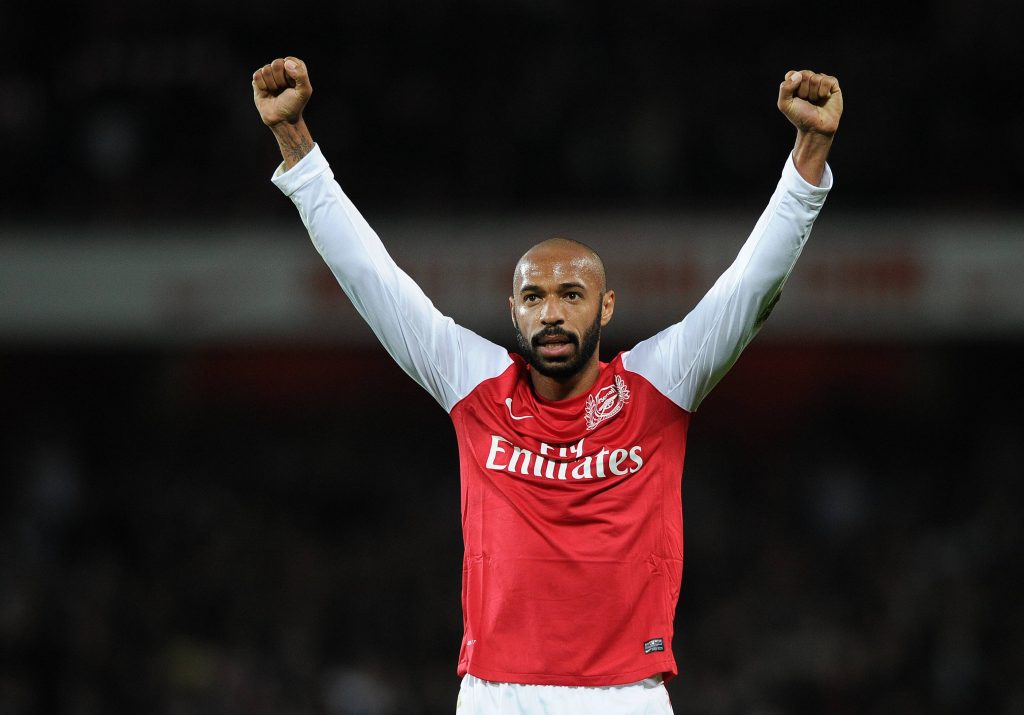 Thierry Henry has confirmed that he is in talks with Spotify CEO Daniel Ek over launching a takeover bid for Arsenal.

Arsenal’s current owners, the Kroenke family, have become increasingly unpopular during their time at the club. The fans believe that they do not have the club’s best interests at heart.

Following the recent European Super League debacle, many Arsenal fans protested against the Kroenkes’ ownership during their home clash with Everton, demanding them to sell their stake in the club.

In response, Spotify co-founder and CEO Daniel Ek put forward his plans to buy the club. The Swede claims to have been an Arsenal fan since he was a child and has outlined plans to bring the Gunners back to the glory days.

There were also reports that club legends Thierry Henry, Dennis Bergkamp, and Patrick Vieira had joined Ek in his takeover bid. Now, Henry has confirmed these reports.

Speaking to Sky Sports, the Frenchman said: “It is true. Daniel (Ek) is an Arsenal fan – he didn’t say it for any publicity. He already reached out (to the Kroenkes) and said himself that he had collected the funds to make sure that he can put in a good bid.

“They now need to listen. A lot of people have been screaming that they want the owner out.”

Henry played for the North Londoners for eight years from 1999 to 2007 and briefly returned in 2012. During that time, he scored 228 goals in all competitions, becoming the club’s all-time top goalscorer.

He won two Premier League titles and two FA Cups with the club, as well as four Golden Boots, two European Golden Shoes, and two PFA Player of the Year awards. A statue of the forward stands outside the Emirates Stadium.

“We are trying to offer a solution involving the fans and getting the DNA of the club back,” he added. “There needs to be a discussion, but he reached out. I think it is going to be long and not easy, if it does ever happen.

“That is going to take a very long time – we know what we want to do but, first and foremost, we need to make sure that we can take over if they are listening.”