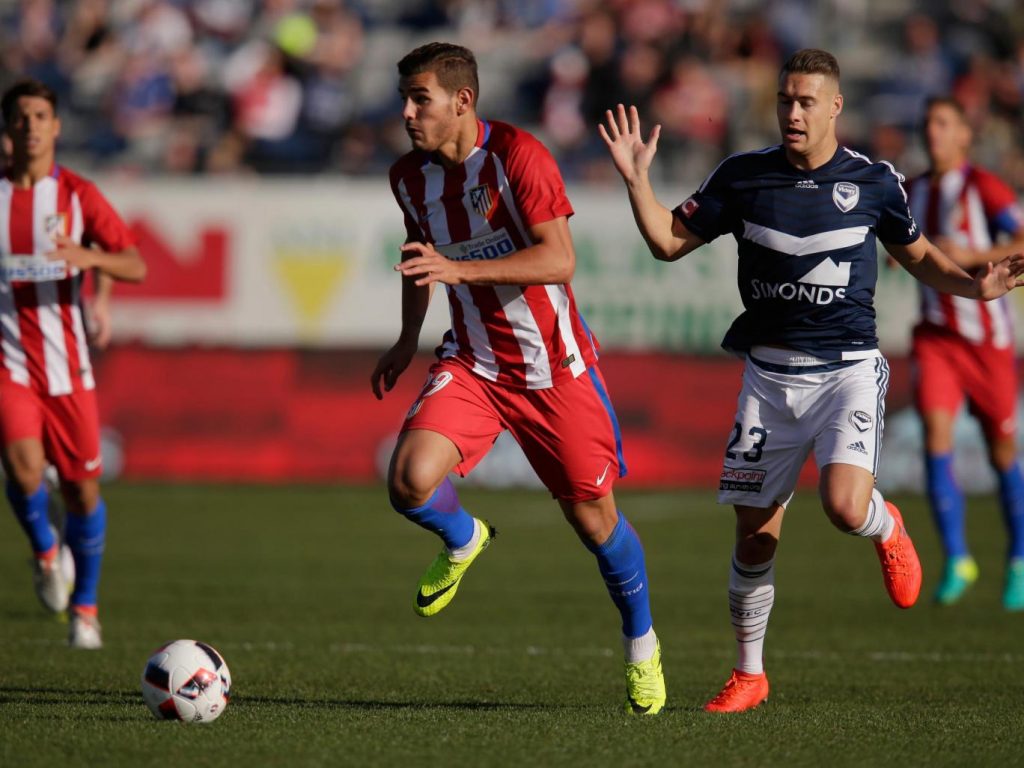 The highly talented full-back has impressed during his loan spell with Alaves this season and Los Blancos have decided to trigger his €24 million release clause. According to Independent, the 19-year-old defender had his medical with the La Liga leaders and has passed it.

Hernandez should be announced as a Real Madrid player at the end of this season. His departure will come as a major blow for Simeone. The young defender was expected to replace Filipe Luis in the long run instead he will be the successor to Marcelo.

The report from Independent claims that the likes of Liverpool and Barcelona were interested in the left back as well but Real Madrid have moved swiftly to beat the competition.

Real Madrid have agreed on a contract with the Marseille-born defender as well and Hernandez will sign a five-year contract at Santiago Bernabeu.

Hernandez has picked up 3 assists and 1 goal during his 35 appearances for Alaves this season.