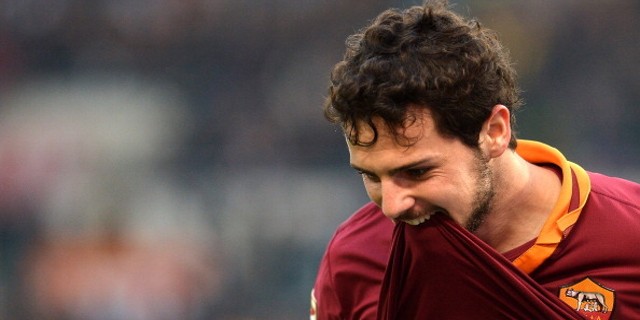 A couple of reasonably obscure transfer rumours today, featuring a pair of rising stars and their links to the Premier League’s biggest and brightest.

No, unfortunately the Gunners are not closing in on the signing of G.I. Joe super-villian, ‘Destro‘; but they are however linked with the metal-headed malefactor’s namesake, Roma’s Mattia Destro.

According to Italian sports show ‘Rai TV’ (via the Metro), Arsenal are interested in luring the 22-year-old striker to the Premier League, with Roma gearing up to fend off any interest.

The Italian hit-man has three goals and one assist from only four appearances this season, and Wenger is reportedly interested in a short-term loan for the player to offset the loss of Theo Walcott to injury.

Tom’s Verdict: An interesting prospect, and a loan move could be a good idea for both parties. Arsenal are in need of a striker, and Destro will be wanting to make the first step into becoming a household name.

According to ‘the Daily Star’, the English duo are set to go head to head over the £9m rated Ajax winger Viktor Fischer.

The 20-year-old is the reigning ‘Ajax Talent of the Year’, an award previously won by former Tottenham midfielder Van Der Vaart and Arsenal’s Nwonkwo Kanu, and Fischer has begun this season in a similarly exciting vein.

Man Utd are said to be long-term admirers of the Danish attacker, with Chelsea also snooping around, always eager to snap up the best young talent in world football.

Tom’s Verdict: With United in dire need of wingers, with the likes of Nani, Ashley Young and Antonio Valencia not quite up to scratch, the introduction of a young live-wire may just be just the remedy needed. Just look at the impact the 18-year-old Adnan Januzaj has had this season!

What do you think? Agree with the verdicts? Let me know in the comments below…