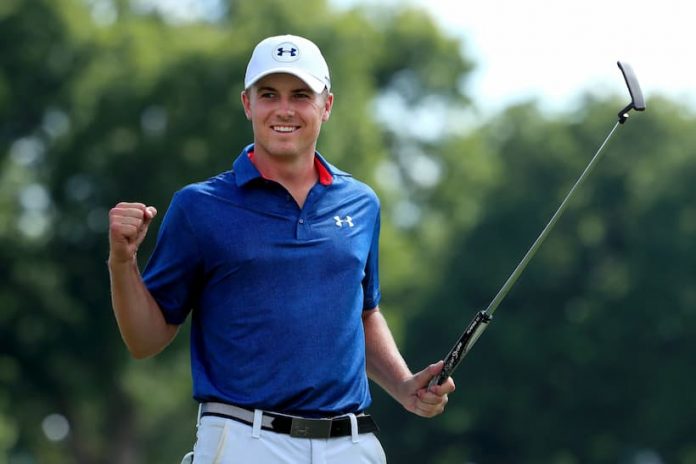 The fourth and final major championship of the year is almost upon us, as all of the world’s best golfers travel to Scotland for The 150th Open Championship. St Andrews’ takes centre stage this week as Collin Morikawa looks to defend his Open Championship title and retain the Claret Jug.

World number one, Scottie Scheffler won The Masters, Justin Thomas won the PGA Championship and Matthew Fitzpatrick triumphed at the US Open last month, so who will put their name on the fourth and final major of the year?

Matthew Fitzpatrick won the last major when he triumphed at the US Open at The Country Club last month, so who will be victorious after 72 holes comes Sunday afternoon this week at The 150th Open Championship? So without further ado, here are our betting tips and as we bid to predict the winner this week from St Andrews’ Golf Links, Scotland.

After a compelling Scottish Open on the DP World and PGA Tour last week, this week is the turn of the final major championship of the year. All of the world’s best golfers are heading to St Andrews’ this week in a bid to win this stellar event. Major championship golf is always highly compelling, and this week should be no different. The Open Championship should be an exciting, eventful and entertaining week of golfing action in St Andrews, Scotland.

Some notable names from the top of the sport such as Jon Rahm, Scottie Scheffler, Rory McIlroy and Jordan Spieth feature this week at St Andrews’, aiming to become The 150th Open Championship victor this week.

The purse for this event is a staggering $11.5 million, with the winner taking home a tasty $2.07 million. This is one of the highest paying tournaments in the golfing schedule, alongside The Masters, PGA Championship and the US Open.

Collin Morikawa won this event 12-months ago, finishing on -15 par, two shots ahead of American, Jordan Spieth. If you think the US Ryder Cup hero has what it takes to defend his title and claim his second Open Championship victory, you can back him at a price of 20/1 with Bet UK. Morikawa is one of the leading market contenders, and it is clear to see why.

Taking a look at the course itself, St Andrews’ Links is a complete masterpiece. It is highly regarded as one of the best golf courses in the world. The Old Course is a par 72 and is 7,305 yards in length. The Open has been held here on 29 previous occasions, as well as hosting The Alfred Dunhill Links Championship several times over the years. The course record is held by Englishman Ross Fisher, who cared an -11, 61 in 2017.

Every blade of grass, every grain of sand and every leaf on the trees are perfect at St Andrews’. There is a reason it is known as ‘the home of golf’. This Scottish course really is a golfers paradise and the professional golfers themselves are in for a real treat this week at the world renowned and world famous St Andrews’ Links. It will provide a stern test for the players, with The Open traditionally being arguably the most prestigious of the four majors.

Here is who we think has the best chance of winning and giving us a good each-way run at The 150th Open Championship this week at St Andrews’.

Our biggest tip for The 150th Open Championship this week is former Open champion and former world number one, Jordan Spieth.

It is safe to say that Spieth is back to somewhere near his best, and he just loves this tournament. The 28-year-old won The Open back in 2017, when he was on top of world golf and was in contention for all of the majors and big PGA Tour tournaments between 2015-2017.

Last year, despite not playing his best golf, Spieth finished second, just two shots behind eventual winner, Collin Morikawa. On the final day last year, Spieth’s putter let him down, which really isn’t  like him, considering he is highly regarded as one of the best putters in the whole world.

Spieth just loves this tournament and the test of links golf, and this week at St Andrews’ will have Spieth chomping at the bit and raring to go again in the 150th Open Championship.

Depending on the weather conditions in Scotland this week, this tournament is likely to come down to a putting contest. When there are questions asked over the weekend of the contenders with the putter, Spieth is usually right there at the top of the list.

Another factor which we think could sway the fourth and final major of the year in Spieth’s favour is the fact that you can afford to be a bit more wayward off the tee than usual at The Open.

The rough isn’t as thick as it has been in pervious years, and Spieth certainly sprays the ball off the tee from time-to-time, which will help him massively. If he hits a bad tee shot, it won’t necessarily matter and the three-time major champion most definitely has the recovery skills and scrambling skills to make him one of the biggest threats to Collin Morikawa’s Open crown.

Certainly one of the leading market contenders at a great price of 22/1 with Bet UK.

Despite not winning a major yet, Max Homa has burst onto the golfing scene in the past few years. Homa has won several tournament on the PGA Tour in the past couple of years, including the Wells Fargo Championship in May, as well as the Fortinet Championship and Genesis Invitational last year.

At a glance, Homa’s record in major championships isn’t necessarily pretty, but the 31-year-old is only getting better and is beginning to threaten week in, week out on the PGA Tour.

It is only a matter of time until Homa puts on a pure golfing extravaganza at a major championship, and here at SportsLens, we think it could be this week at St Andrews’.

The world ranked number 19 finished just outside the top 10 at the PGA Championship this year, as well as playing well for two days at the US Open last month, before falling away over the weekend at an extremely tricky course.

Homa’s game shout suit the links test that is St Andrews’, and after a decent showing at the Genesis Scottish Open last week, we think Homa’s time is now to perform well in a major.

What better way to win your first major than at ‘The Home of Golf’ in the 150th Open Championship. Homa certainly has the game to do just that, so don’t rule him out from lifting the famous Claret Jug on Sunday evening up in Scotland.

Certainly a great each-way shout at a magnificent price of 80/1 with Bet UK.

Although Spieth and Homa are our biggest fancies for potential success this week, here are some other notable players who we think have a good chance at a great price:

Claim Bonus
Learn More Close Learn More
Register a new account with Fitzdares and place your first bet at odds of Evens (2.0) or greater and get a matched Free Bet, up to £30. This offer applies to accounts who have joined from 08/02/22 only. This offer is only valid for new UK and Irish customers referred by selected affiliate marketing partners and triggered through the unique tracking URL in this page.

Register a new account with Fitzdares and place your first bet at odds of Evens (2.0) or greater and get a matched Free Bet, up to £30. This offer applies to accounts who have joined from 08/02/22 only. This offer is only valid for new UK and Irish customers referred by selected affiliate marketing partners and triggered through the unique tracking URL in this page.

Simply open an account, deposit, place a £10+ Fixed Odds individual bet on any sports market at odds of 2.00 (1/1) or greater and once the bet settles, you’ll be issued the first £10 Free Bet, with the second £10 Free Bet issued 24 hours later.