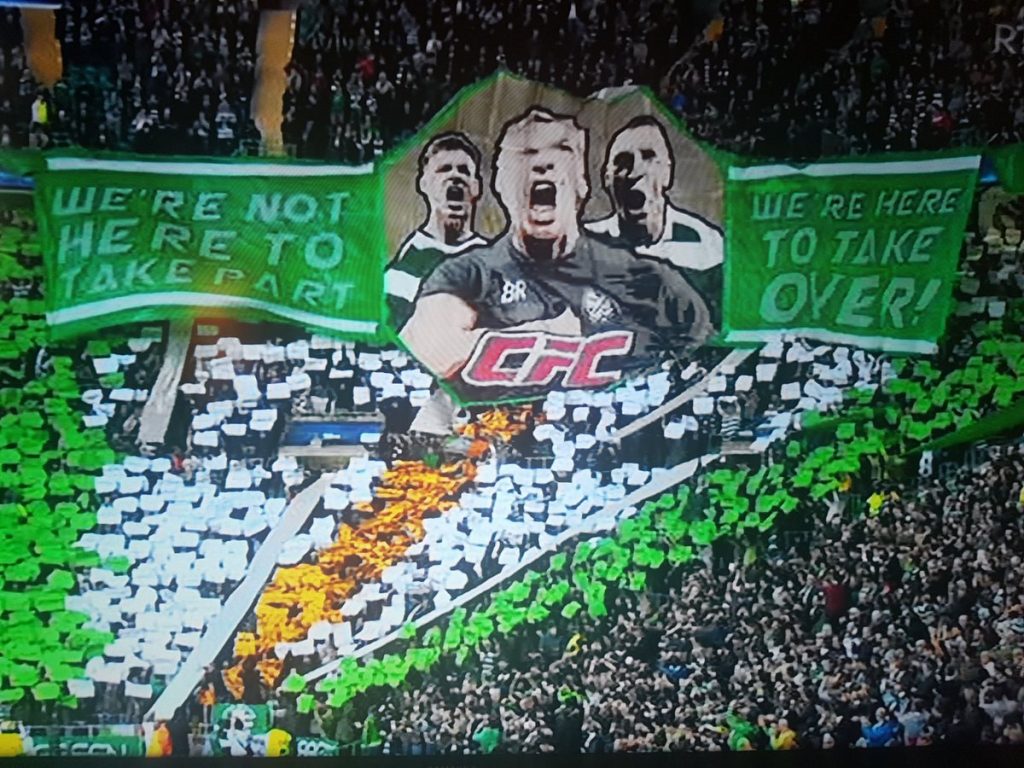 Celtic fan group The Green Brigade celebrated their return to Celtic Park in style on Wednesday with a stunning tribute to UFC star Conor McGregor.

The supporters have been missing from Celtic’s home ground after boycotting the club following a row over behaviour.

The Green Brigade unfurled a controversial ‘paramilitary’ display during the recent match against Linfield, resulting in a two-game ban.

The majority of the group then boycotted Celtic’s Betfred Cup win over Kilmarnock, despite the ban ending after the league opener against Hearts.

However, they were back in the stands for Celtic’s Champions League clash with Astana on Wednesday and produced a stunning banner in honour of McGregor.

Featuring the Irishman’s famous “we’re not here to take part, we’re here to take over” quote, the banner was the centrepiece of a colourful return for the controversial group.

Celtic fans with a banner that even @TheNotoriousMMA would be proud of!#COYBIG #celticfc pic.twitter.com/UqdFzTkhcX

McGrgegor was clearly impressed with the display and retweeted the post himself.

The fans had plenty to celebrate as Celtic took a huge step towards qualification to the Champions League group stage with a comprehensive 5-0 win over Astana.