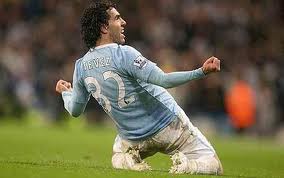 Manchester City striker has again indicated the possibility of quitting the game, but admits that he refused to put an end to his career in the past.

Tevez, at the age of 26, had stated in August that he seriously considered ending his career and as it appears, his thoughts have not changed over the past couple of months.

The former Manchester United striker joined Manchester City in the summer of 2009, and since then has reportedly talked about his early career retirement.

“I have been playing many games this season, and my body is feeling it. I am tired,” he said. “I started to play when I was really young and I have always fought so much but now I’m feeling the effort,” he said. I’m an old guy now, and I started to think about some stuff.

“For example, I am less tolerant as a person today than I was a few years ago. Then I think – what happens if I quit football as long as I am okay in my life? When I talk about quitting, I mean quitting football, not just the national team.

“But at the moment I still don’t know if this is going to be in one month, one year, three or five years. I have the idea of quitting in my mind. Maybe one of these days, I will just wake up and say no more football.

“My family but also my body are starting to feel the effort. I have worked and fought so hard, and I would love to enjoy my football. I have been playing in England for five years, and I have not spent a single Christmas nor New Year with my family.

“Let me tell you I am not enjoying the life of a footballer.”