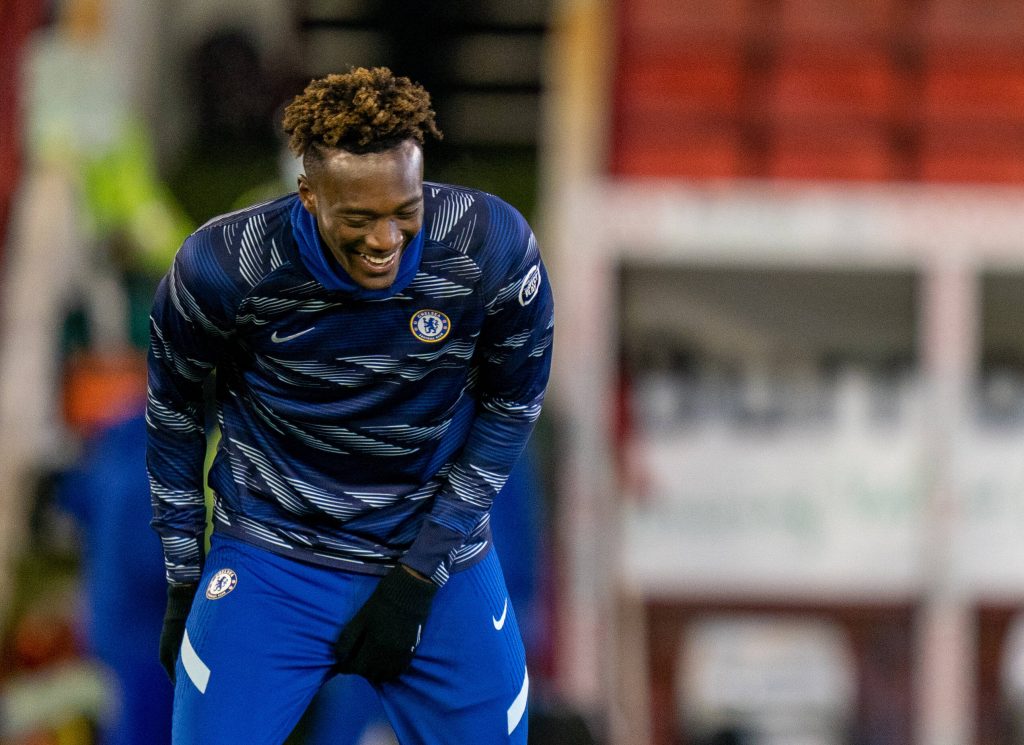 Chelsea striker Tammy Abraham is a target for Arsenal this summer.

The Gunners are looking to improve their attacking options, and the 23-year-old could prove to be a quality long-term acquisition.

The striker has failed to hold down a regular starting berth at Chelsea since the arrival of Timo Werner and needs to leave Stamford Bridge to secure regular game time.

According to The Athletic, Abraham is aware of Arsenal’s interest and is willing to sign for them. However, the Gunners will have to pay around £40 million for his services.

The striker was recently linked with West Ham United, but manager David Moyes has confirmed that the asking price is beyond their reach.

Arsenal already have Pierre-Emerick Aubameyang and Alexandre Lacazette in their squad, while Eddie Nketiah and Gabriel Martinelli are pushing for first-team opportunities.

Lacazette had been strongly tipped to leave Arsenal this summer, although the rumours have died down over the past few weeks.

Abraham is unlikely to move to Emirates Stadium unless he receives assurances of game time, and that could mean a departure for one of their current forwards.

Lacazette and Nketiah have a year left on their current deals, and Arteta is perhaps planning for the future with the signing of Abraham.

Read: Chelsea eyeing up a move for 26-year-old wide forward.