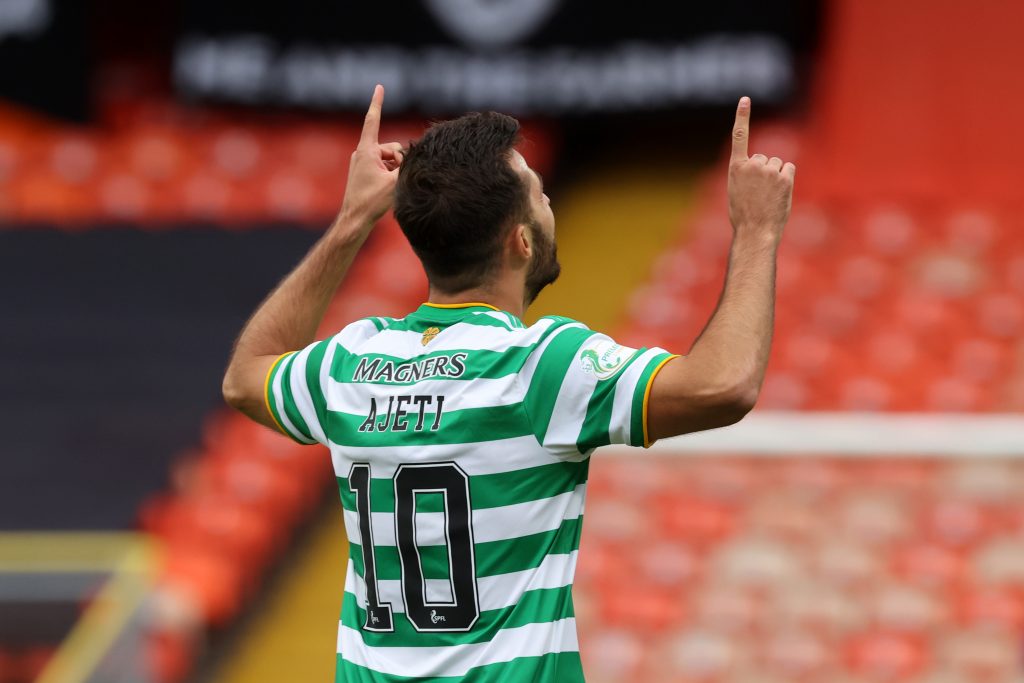 Celtic picked up a narrow 1-0 win over Aberdeen in the Scottish Premiership last night.

Midfielder David Turnbull scored the only goal in the 14th minute and the Hoops managed to defend their advantage.

With two strikers on the pitch, Neil Lennon would have expected more goals and attacking quality in the game.

Odsonne Edouard was quiet and Albian Ajeti drifted in and out of the game. The Swiss striker has had a torrid time at Celtic since his move to Scotland.

The 23-year-old has scored just six goals in 27 appearances this season and popular pundit Tam McManus believes that he will prove to be a monumental waste of money for Celtic.

The former Scottish footballer shared his thoughts on Ajeti and Patryk Klimala after the game.

He claimed that Klimala is hard working despite his limited talent but Ajeti has failed to make the most of his ability because of his lack of motivation. According to him, the Swiss striker just does not care enough.

Not having Ajeti. Don’t see it at all. 9m on him & Klimala is going to prove a monumental waste of money. 😱

Tend to agree mate. Klimala is limited but he does at least work his arse off and is hungry. Ajeti has more talent but doesn’t look arsed and hasn’t since he came in for me. https://t.co/4SbxvPQGGa

It will be interesting to see if Ajeti can silence his critics in the coming weeks. He was expected to deliver consistently when Celtic shelled out £5 million on him at the start of the season, but the 23-year-old has been underwhelming.

That said, most of the Celtic players have underperformed this year and Ajeti should be given another chance to prove himself next season.